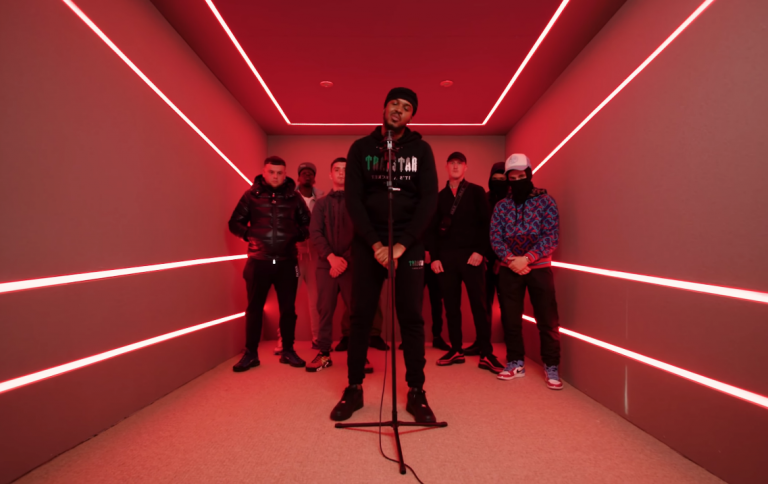 Link Up with Joey Clipstar | The Genius Mind Behind Hardest Bars

Only a handful of platforms in UK rap have been around long enough or contributed to the scene to a point where they become cultural institutions admired for cultivating authenticity. In the curious case of Joey Clipstar, lightning struck twice as Hardest Bars returns to Link Up TV for its fourth season – once again uniting these two titans of talent promotion for an all-star celebration of the enormous cultural imprint Hardest Bars and Link Up have made on UK underground music.

Under his stewardship, Joey has shepherded Hardest Bars to the highest heights of freestyle fandom by curating an unparalleled exhibition of artistry that playfully balances a proclivity for championing lesser know acts with an ability to lock down and link up with the biggest artist in the international music world. Everyone from Shaybo, Scorcher, and Ms Banks to K1, OFB Lowkey & Boss belly have graced the Hardest Bar’s set at one stage in their career. However, perhaps more impressively, Hardest Bars has gone from strength to strength without its spirit fading into the faceless corporate abyss that countless outlets have succumbed to. Instead, Joey has forged a family atmosphere, literally and metaphorically, that has only aided the accumulation of loyal listeners as we fall in love with his altruistic approach and the artistry of his feature acts more and more with every passing season.

We caught up with Joey on the dawn of season 4 launch day to reflect on his road to riches, looking back on some of the most iconic acts of Hardest Bars past and present before looking to the future of the franchise throughout season 4 and beyond.

Hardest Bars is back man! How are you feeling? Are you nervous now that the new series is out there in the world or is all the pressure off now the hard work has been done to get it to this point?

It’s amazing to have the Hardest Bars back man, when it’s not new episodes coming out we are always in the background working and getting freestyles done so it becomes a relief when it finally goes live. Now, all we have to focus on is building the momentum and keeping the energy going.

How have you found curating artists for this season man? As you do more and more seasons, is it getting easier or harder to find artists you want to spotlight?

Mentally it gets harder because you run out of people that you think you want to feature on the platform but naturally people now shout to us to get involved which takes us on a tangent to more and more artists that we didn’t necessarily think of. It is challenging but the fun is in finding new and creative ways to keep the freestyle interesting.

What’s the process look like when you’re narrowing down artists? I’m imagining it’s the full Link Up team gathered together in a dark smokey room with headshots of all the biggest MCs in the game spread out over a massive table? Am I remotely right in my thinking?

Hahaha, do you know what it is? It’s just me and my core Hardest Bars team scouting everywhere for artists that are just working. Our criteria is that you’ve just been grafting by putting videos out, dropping singles, staying engaged with your social media and most importantly you have to just be a pleasure to work with. You can’t give opportunities to people who aren’t putting the work in themselves because we don’t compliment each other but at the same time, we never are looking for the biggest names in the business because that is not what the business is about. We are designed for artists that are just on the brink of blowing up and giving them that extra little push so they can go on and do their thing on a bigger scale.

Is it hard to find that balance between big-name artists that attract the audience you need and the endless amounts of young talent that benefit the most from your platform?

Finding the up-and-comers is the easiest part of the whole production. I have lots of different ways of finding artists like that, primarily we use our own talent show that we run every other month. That alone provides all the talent we need. I’m blessed that people are also sending me and my hardest bars team their tracks and videos, it seems like every week we have a whole new field of talent that we have to sift through. We just announced that this season for the first time we will also be doing cyphers which will allow us to promote a load more talent that we would have had to say no to in the past for a solo show. We just wrapped on the Middlesbrough one and that went off! So yer, in general, it’s the up & coming talent that has traditionally been the easiest to find, it’s the existing talent that can be difficult because they usually either happen by chance or require a longer time frame.

My favourite and I think a lot of other people’s favourite part of HB freestyle is watching your reactions passing up and down behind the MC. Did you ever contemplate not putting your face to the series or did you know you being behind, almost endorsing these artists with your presence, would go a long way in bringing the series and a lot of these guys’ careers?

Exactly man, I figured that if I was in the video then it would give our feature artists a cosign that would help them if they weren’t very well known in the scene. The company “Hardest Bars” has been going since 2011 so I have grown a reputation that lends extra value to a project if I put my name on it. Secondly, there was a show in America called Rap City with Big Tigger that inspired the idea of me giving each freestyle an intro and outro and hanging around in the background. There are some classic episodes of Big City that feature Lil Wayne & Camron and Big Tigger would always do a little intro then just vibe to the music in the background and I thought the UK was missing that element.

What is your favourite part about your job, is it behind-the-scenes interactions with all-time artists? Is it people you get to meet? Is it the music you get to hear before anyone else?

All those things are nice elements of the job but my main thing is just to try and help people. Hearing the tracks and meeting the artists are all cool bonuses but the real value in my job is helping artists find a footing in the industry and becoming ingrained in a community like Link Up TV. The fact I can put two talented people together and their lives can change is what I love to see and keeps me waking up the morning excited to see who I’m working with that day.

Did you learn how to run a company by doing or watching or both? Is there something you learnt from watching your contemporaries like your Posty or Jamal Edwards?

Absolutely! My biggest learning lesson has come from being around Link Up. When I first joined I was just coming in to bring my show to a larger audience but over time after being around them enough I decided to actively watch how the company works and how they get things done behind the scenes. I picked up on so much by having the whole Link Up team as a mentor, it’s almost like Rashid is my mentor and Link Up is Hardest Bars’s mentor haha.

What people probably don’t know is that Link Up is very much a family business, am I right in thinking your mum works with you at Link Up? How did that come to be? I used to stack shelves at M&S with my mum, so I know the pleasure and the struggle of that haha. Why is it important to cultivate that family feel within a team?

Yeah man my mum is my true partner at Hardest Bars, everything I do she helps me execute. It’s amazing because she was a rapper back in the day that got signed and had a hit that went to number 4 in the UK charts so she really set the path for me. I didn’t initially want to do music at all but you know how it goes, you end up doing something that has been ingrained around you. I think when people learn that me and my mum are me and my mum, they feel that family essence a lot more than if it was a company of bosses and suits.

A while back you said in an interview that Scorcher was the only artist to record his HB freestyle in one take, is that still the case? Was that as impressive in the moment as it sounds now?

Yeah it is! A lot of the freestyles now are pre-recorded but Scorcher did his live and skilled it in one take. I do feel like someone recently came and did it in two – and the second was only to be sure – but I can’t remember who that was! Scorcher is 100% still the only person who has come and done a live freestyle and it’s only taken one take. Big legend!

Lastly bro, what are you listening to the most right now?

I’m listening to Kenzo from Manchester at the moment and also an artist called 32’M!