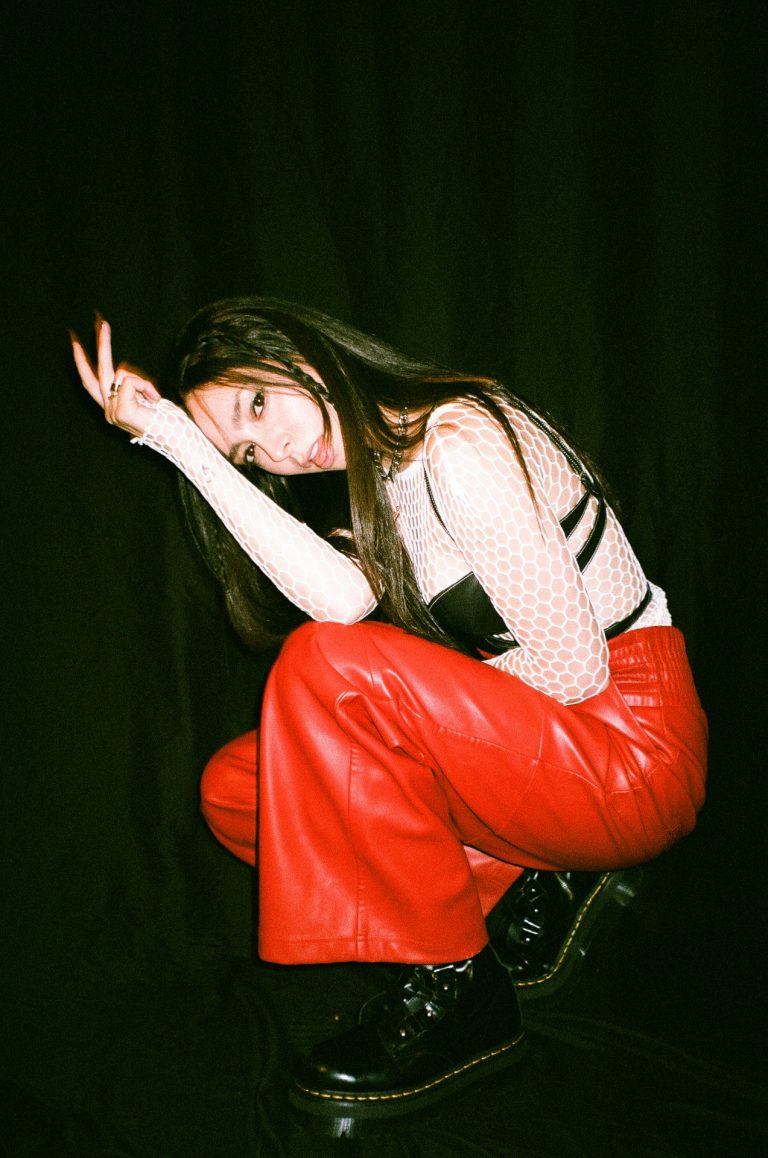 As an artist, to draw comparisons to the likes of alt rocks queens Avril Lavigne and Paramore is certainly flattering, but to do so in the space of just two years of releasing music shows remarkable talent. For Toronto based singer-songwriter LØLØ, she’s done exactly that. Early singles ‘Hate U’ and ‘Dancing In The Dark’ showcased a versatile sound that was distinctly nostalgic in its design that garnered thousands of endearing fans. Now, the artist has released ‘Overkill’ her debut EP on LA’s independent label Hopeless Records. Across six tracks LØLØ merges the sounds of pop and rock which sees her artistry elevated to new levels. Assisted by an array of passionate vocal displays and a no holds barred approach to her song writing, ‘Overkill’ is LØLØ’s most complete work to date.

Inspired by the artists own life experiences, much of the EP is brutally honest, tackling self-deprecating thoughts, and discussing failed relationships, delivering angst, anger, cynicism, and depression in a manner that’s completely relatable. The EP represents a journey in the artists life over the last couple of years, taking listeners along with her across highs and lows, making for quite the captivating experience. It also arrives at a significant moment in LØLØ’s career, fresh off the back of a 36-date tour across the US where she supported New Found Glory and Less Than Jake.

As far as emerging artists go, you’d do well to find one showing more promise than LØLØ right now, and with a personality as bubbly as her music, she’s the total package. Tying in with the release of ‘Overkill’, we caught up with LØLØ to discuss the creative process behind the EP, her enthralling approach to song writing, as well as the impact of the 2000s on her sound.

Hey LØLØ, congrats on the release! How did your creative path lead you into the music industry?

I always loved music but growing up I was obsessed with musical theatre. I really thought that was what I’d end up doing — until when I was in grade 9, I started guitar lessons and my guitar teacher convinced me to try writing songs. I had always kept a diary growing up, and cringed at the thought of people reading it (so much so that I would rip it up after I wrote down my feelings, to make sure no one could ever know the deepest and darkest parts of me) Now I share that with people every day (in song form), and I think that’s kinda funny.

You’ve just completed a 36-date tour across the US. How nice was it to perform on stage again?

Honestly going into the tour, I was pretty nervous about being on the road for two months straight and it being my first ever tour. But the second that I got on stage for the first show and felt the energy of the crowd and the rush of what it feels like to perform I was so glad that I went. Being stuck inside for most of the last 18 months and then diving head first into the tour was definitely a shock but it felt awesome.

You’ve just released your debut EP ‘Overkill’ on Hopeless Records, how special is it to have the support of such a widely respected independent label?

It’s still pretty insane to me that I’m signed to the same label that has been responsible for putting out some of my all-time favourite music. In the short time I’ve been signed to Hopeless, the entire team has been amazing, and I’m so excited to put out this complete EP!! And then to get to work on everything to come in 2022 😀

What was the inspiration behind the six tracks?

lonely & pathetic: they just extended the lock down in Toronto, so I was feeling extra lonely & pathetic, on top of already feeling messed up in general. I felt like a big phat loser, so I jokingly sent my friends a voice note of “guess who’s lonely & pathetic again” but then I ended up actually really liking that chorus.

death wish: my ten millionth plant had just died, and I was feeling like if I can’t even keep a plant alive, what CAN I do?

die without u: I was extremely obsessed with somebody who I also hated and wanted to see die a slow and painful death. (MAKE IT MAKE SENSE)

u look stupid: I was done with writing sad songs about an ex and wanted to take that power back, for myself.

surgery: I tried so hard to forget someone, but I just can’t. I was lying awake in bed wishing I could get some sort of electroshock therapy so I could just forget them. I came to the conclusion that the only way would be for a doctor to literally cut a part of my brain out.

hurt less: some guy was fucking with me mentally and I was feeling dramatic— I wrote down in my phone “if u threw a toaster at me while I was taking a bath, that would hurt less than these mind games” and from there I decided to turn that into a song

The EP sees you delve into a series of personal experiences, whether it be failed relationships, or the self-deprecating ‘Death Wish’. Brutally honest throughout, you come across as an emotional beacon, unafraid of appearing vulnerable to your listeners. How important is this aspect to your songwriting?

My songwriting is really an extension of anything I would write in my hypothetical diary. Being brutally honest seems to be the only way I know how to express myself. Sometimes people are like “umm…can you say that? ummm.. are u ok?” But I love that. I hate hearing generic pop songs about love…and I seem to kind of ALWAYS write about love— so I try to find a unique angle, title, or lyrics to put into my songs so that it doesn’t blend in with everything else. I want to write songs that if I heard the concept/title from another artist I’d say to myself, SHIT I wish I wrote that.

What message are you hoping to portray to your fans on this release?

I hope people listen to these songs and realize that everyone goes through these things that I’m singing about. Nobody should be embarrassed about a failed relationship, being depressed, or even being pathetic.

You’ve honed an alt rock sound reminiscent of the 2000s, drawing comparisons to the likes of Avril Lavigne and Paramore. How did this develop?

THANK U, those are both idols of mine. Guitar has always been my instrument of choice, so all my music is always guitar centric. Last year I put out three different songs, each with a little bit of a different vibe. “Dead Inside” was a bit more bedroom-emo, “Hate U” was more of the pop-rock sound, and “Dear First Love,” was more of the acoustic singer-songwriter vibe. I consider my sound to have different elements of each of these, but “Hate U” definitely felt the most authentic to me, so when I focused on my music for 2021, I decided to lean more heavily into that sound. I’m super influenced by Green Day, Weezer, Smashing Pumpkins, and of course Avril and Paramore.

The release comes with an accompanying music video for the single ‘hurt less’. What’s the visual story behind this?

The song hurt less is pretty over dramatic if you think about it, so I wanted to have an equally over dramatic music video. Justin, the director, and I thought it would be funny if I was eating popcorn watching a movie, and start seeing MYSELF on all the channels, getting hurt in funny ways. It was so much to film, especially the horror movie scene.

What can we expect from you next?