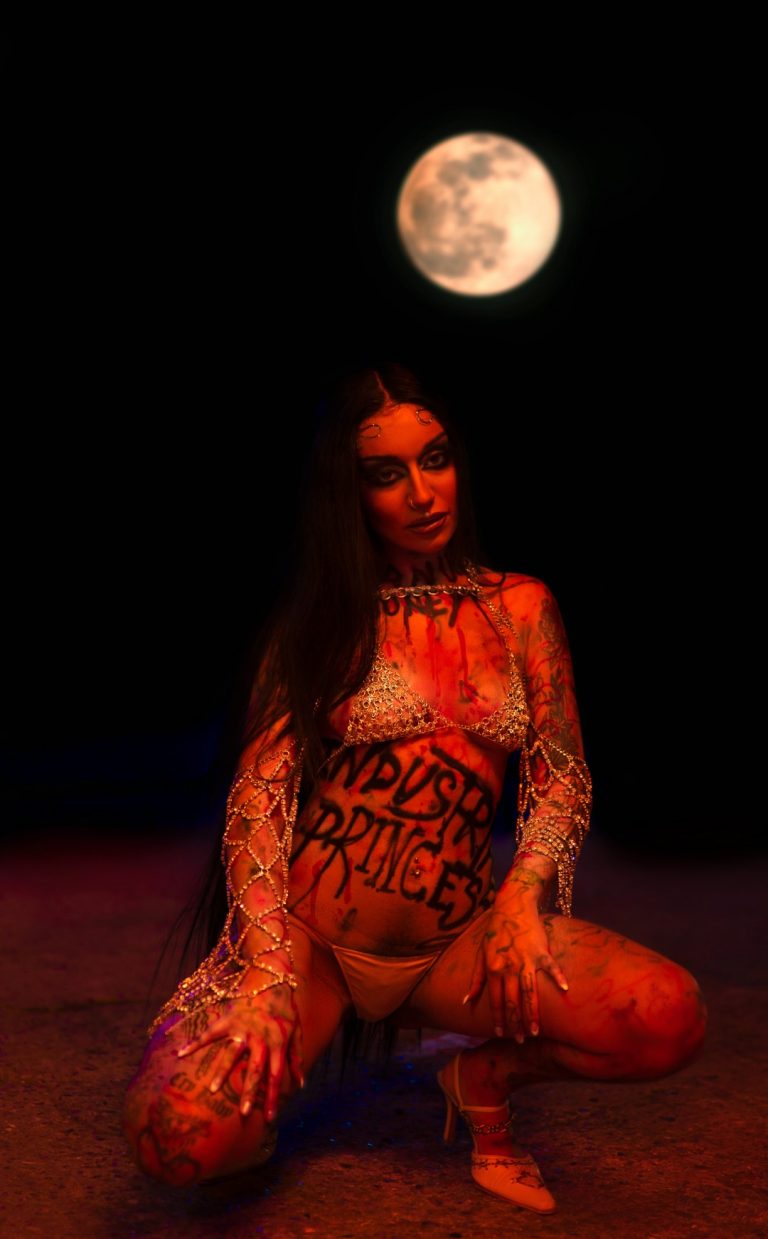 DJ and producer, Manuka Honey has just released her debut, rather monstrous EP ‘Industrial Princess’. Perfectly named, the four-track release draws on the darker elements of electronic music, where the artist brings together the sounds of industrial, EBM and electronica. What makes this release so special is that sonically it encapsulates everything that the artist is about. Mixing in sounds from her Latin background, whilst ignoring any consistent beat structure throughout, Manuka is heard making her own rules and we live for it. As far as opening statements go, this is a big one, setting the bar for everything the artist does in the future.

After a sporadic assortment of club-ready productions, ‘Industrial Princess’ is Manuka’s first release where she can put her stamp on things and let the world know what sound she wants to project. As an established DJ who knows how to whip a crowd into frenzy, the artist manages to bring that over to her studio work. The EP’s title track stands out for exactly that, completely broken in its style, Manuka brings in exotic samples that work in between swathes of powerful bass lines. There are moments of Euphoria throughout the production that at any other time would have already destroyed more than just a few dancefloors.

Thinking back to those days where we could all dance free and together was one of the driving inspirations behind the EP, with Manuka designing the release as a nod to an abandoned rave sound. It’s dramatic and stands in unknown territory with glimpses of nostalgia and futurism sprinkled throughout. The artist brings swathes of personality with Latin soaked hit ‘Pestañas’ and was the perfect way to bring things to a close. Punchy as hell, and pulled along by a moody, falling synth line, it’s perhaps the least aggressive production but still contains swathes of despair.

Sandwiched in between are ‘Diabl@’ and ‘Ssling’, two productions that are pure rave in their design. Elements of reggaeton, acid and hard drum takes the listener on a journey, fuelled with excitement that we might just experience this feeling of euphoria again, in person, together again sometime soon. Despite those feel good elements at points there’s certainly an ominous feeling of distress and discomfort layered throughout this EP that Manuka Honey is renowned for. The artist has an ability to make the listener feel emotions, something that darker genres of dance music have a tough time doing.

“Industrial Princess”, Manuka Honey’s debut EP embodies her striking but mystic persona. Loved by so many for always being so true to herself, now we an artist whose productions also encapsulate that persona. Aggressive, dark and broken throughout, Manuka with her unique Latin flair opens our eyes to an alternative dance sound. We’re pretty excited to see what the artist does next.