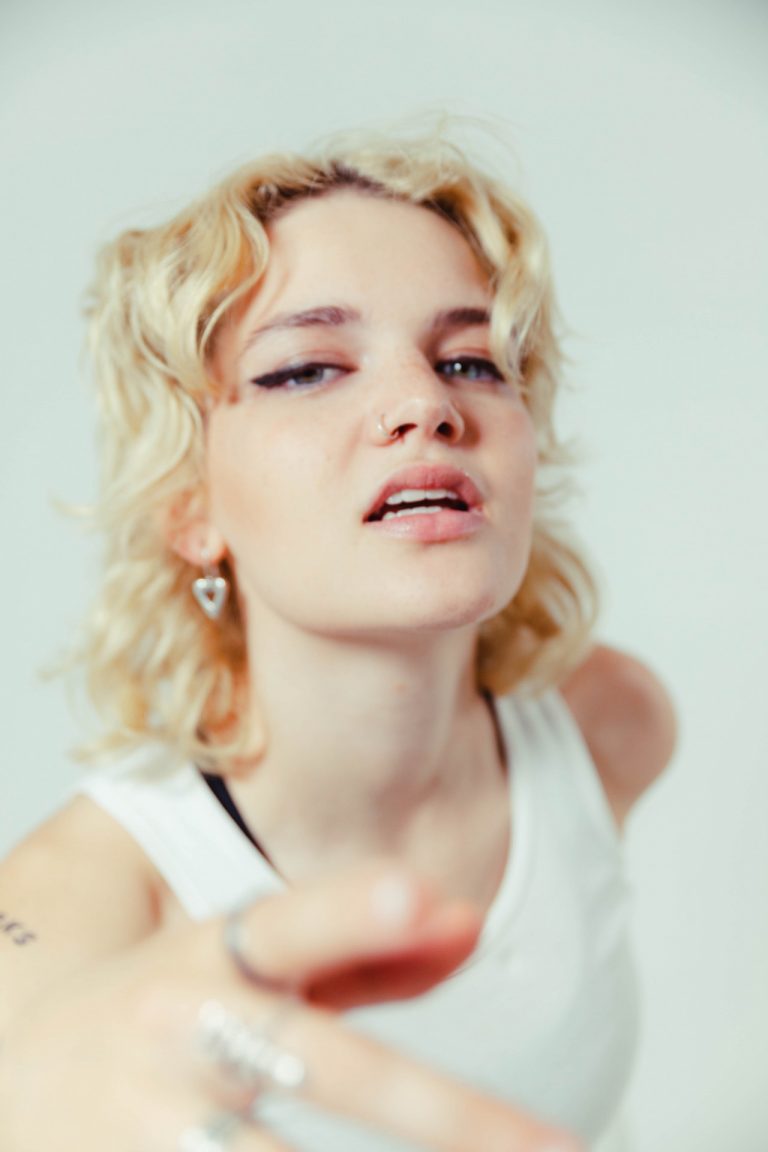 You know a talented songwriter when they can translate what you’re going through. No matter how specific or personal a song is, artists have the ability to make music relatable and open to interpretation. Going through my own infatuation with a girl, I decided to dive deep into the lyrics of a 19-year-old Australian rising pop star – MAY-A.

“You’re not looking for a girl ’cause, it’s something you don’t know you want,” sings the singer/songwriter MAY-A, exploring her sexuality on her hit track ‘Apricots’ where the same theme also follows on ‘Time I Love To Waste’. Listening to MAY’A’s lyrics reassured me it is okay to be confused, and we are all on our own journey.

We had the pleasure of talking to the songstress, who even with a handful of released songs, has already gained millions of streams and fans worldwide. With each release, MAY-A uncovers a new layer of a superstar in the making. Being as attentive as she is, her clear-eyed observational lyricism tells her story of being in love for the first time in vivid detail.

Coming to us live from her floor, sitting next to her newly adopted puppy, MAY-A lets us in and unveils how love inspired her songwriting and talks about a new single ‘Swing Of Things’.

You started writing at the age of 12, what were the common themes in your writing then?

I’ve listened/read back some of those songs recently and I noticed I wrote a lot about love and relationships. My immediate thought was just “who on earth were you writing about?”, I don’t think I even knew, it’s just that 98% of the songs you hear on the radio are about falling in love so that’s all I thought music was. I loved writing stories in songs as well though, writing about other people’s experiences was easier.

What was it about ‘Fools Paradise’ that made you go ‘this is the first song I want to release’?

‘Fools Paradise’ felt very honest and raw and an easy place to grow from as a first release. The simple piano, singer/songwriter vibe doesn’t solidify you in any genre really.

What  is ‘Apricots’ inspired by? Was it empowering writing a song exploring your sexual identity?

The message behind ‘Apricots’ is honestly that you never know what’s coming for you in life. Half way through writing the song I’d realised it was the first time I’d written about a girl. I kind of took a moment to look back on my previous relationship and the person that I used to be, or the person that I thought I was, and had a bit of a laugh. It’s one of those universal experiences where you realise for yourself that you actually don’t have everything figured out and you don’t know who you are and accepting the fact that you are just as naive as everybody else. So the song took a bit of a turn and instead of writing the rest of it about a girl, I started writing it more about my younger self and the fact that the reason things weren’t previously working out is that I was missing something I didn’t even know I wanted. Girls.

What does ‘being/falling in love’ feel like to you?

Confusing. It’s like having a delayed reaction or shockingly bad reflexes, I feel like I always miss that it’s happening until I look back.

What type of a songwriter are you?

All forms, I’ve written songs in crayon, on whiteboards, on napkins in the middle of a cafe. A lot of the time my friends will be ranting about something and mid-conversation I’m frantically trying to find my phone like “that sounds like an awesome song title”. They should get a songwriting credit at this point.

When did you write ‘Time I Love To Waste’, what is it about?

I wrote ‘Time I Love To Waste’ on the same day I wrote ‘Apricots’. I had a lot going on in my head that I needed to process. I was very infatuated with this girl and I wanted to write her a song. I didn’t feel like I got it totally right with ‘Apricots’ so as soon as that was done I knew I could get this one right. It’s just about the time I loved spending with this person and how much I liked her and the random shit we did.

Was it therapeutic writing ‘Swing Of Things’?

Super therapeutic. I was feeling super frustrated with myself and the situation I was in and needed a way to get all of that out. Though it sounds kinda happy and light, the headspace I was in was very much just like “fuck this, I suck, nothing ever works”. It felt good to acknowledge I was getting stuck in a cycle of the same bad choices.

What are you working on at the moment?

I’m currently finishing up the first EP, getting really stuck into the moodboards and aesthetic side of things, really trying to create a cohesive yet separate aesthetic.

Can we expect a bigger project coming soon? If yes, what are you able to share with us?

Yes. Not to sound like every artist ever, but, there is a lot going on behind the scenes. There are some really fun ft. tracks coming real soon.