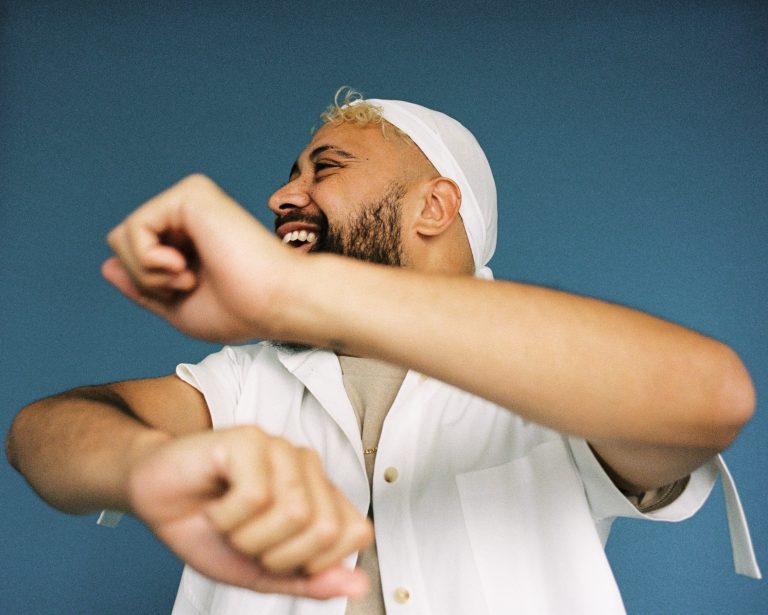 Let us introduce you to a sensitive, passionate fighter from New Zealand that used these exact words to describe himself – Noah Slee. Born in Auckland, currently based in Berlin, Slee can reinvent the basis of R&B/Soul music. While soul music influences his sound, Slee does not shy away from experimenting with electronic production. You can hear his blend of genres like future beats, contemporary soul and indie-electronica for yourself on tracks like ‘DGAF,’ ‘Lips,’ and the most recent single ‘Soulflower.’

Growing up in the ‘backdrop’ lifestyle that New Zealand clearly offers, Slee owes it his imagination: “The best, obviously bias BUT New Zealand was truly a playground growing up. With the beach and nature as your backdrop, it’s so good as a kid and your imagination”.

For Noah Slee and his singing career, it was true what everyone says. It only takes one right person to hear you, and it can kick off from there. “As a kid, I started super young when I got asked to sing at school cos the teacher heard me singing in the hallway. And my family did a lot of cultural performing”, Slee says.

Even though Slee’s move across the globe, all the way from New Zealand to Berlin may seem random, for him, it was natural. Slee lists the reasons behind his move: “Opportunity, love and a pace and energy that had me hooked.”There is nothing else you need. For musicians, creativity is everything, and wherever the right energy is, you go there. No hesitations.

In 2017, Noah Slee released his debut album ‘Otherland.’ He shares the backstory of this project: “Otherland was a bunch of songs that I had written over the course of a year that I later made sense of as a project. It explores sexuality, acceptance, sensuality, and love”.

‘Otherland’ features two of Slee’s biggest tracks ‘DGAF’ that is about ‘ not giving a fuck.’

And “‘Lips’ is about my obsession with Lips. I think what people find attractive is so interesting”, he explains. Slee made an appearance at the COLORS SHOW and gave a very seductive performance of ‘Lips.’

Noah Slee returns with a new soulful track ‘Soulflower’ that topped R&B/Soul playlists. Slee elaborates on how the song came about and what it means to him: “The main chunk of the song was relatively simple, but I worked on it in different parts of the world with different people, which was something new. I worked on it in LA, Auckland, and Berlin. Soulflower is an ode to the one that got away and why our flowers could not be one”.

Noah Slee hints at a new EP coming soon with tour dates to look out for.