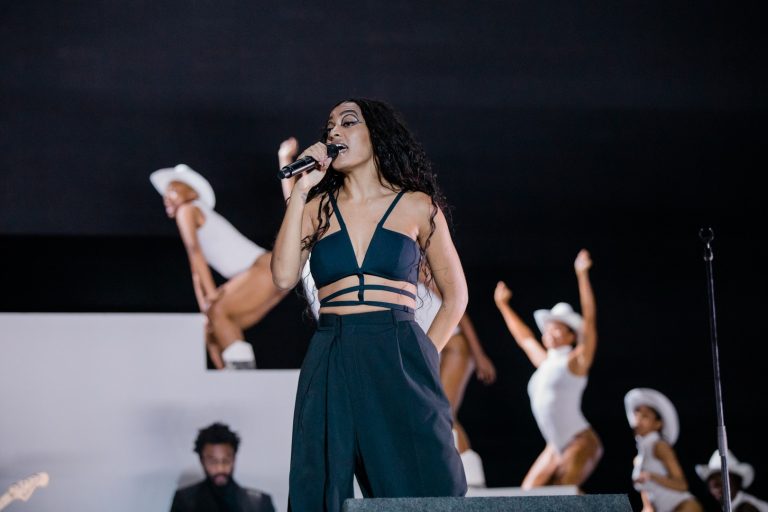 July 12th and 13th was the weekend of good music, sun and fun. Thousands and thousands of festival goers were walking to one of the London’s biggest festival, Lovebox. Since its creation in 2002, Lovebox has been a go-to festival for predominantly rap, rock and electronic music with big artists headlining the festival. This year was no exception.

With a line-up such as Solange, Chance The Rapper, Four Tet, Kaytranada, Giggs, Action Bronson, Cypress Hill, Solomun, Foundation FM and so on, Lovebox had a recipe for success. The lovely Gunnersbury Park in West London was where the sun, fun and music were set.

It was hard to resist dancing to Kaytranada’s Be Your Girl, If or Lite Spots tracks in the Noisey stage. Four Tet surprisingly didn’t play any of his tracks and chose to mix disco and electronic music on the ID stage. After hours of dancing we could finally rest and regain strength on the grass, eating and drinking delicious food from the various food trucks on site. We could also rest, show ourselves some self-care and learn self-defence at Pxssy Palace’s Sanctuary, which was here for mainly Queer, Trans, Non-Binary and Womxn of colour.

But the two big acts that everyone was waiting for this edition were Solange and Chance The Rapper.

Chance The Rapper, headlining on Saturday in the ID stage, was also longed by the audience. His presence and music was making everyone dance and cheered, especially when he announced that he was releasing his new album this summer. It was impossible not to dance to those rap music tracks taken mainly from his album Acid Rap.

Solange, headlining on Friday in the ID stage, clearly had a Way To The Show, demonstrating her amazing talent and voice with wonderful musicians and dancers. The whole audience was singing her songs and it was refreshing to have a black woman headlining the festival and denouncing racism, greed and sexism by emphasising black culture and our need and right to have A Seat At The Table in her various songs such as Don’t Touch My Hair, Cranes in The Sky, Way To The Show or Dreams.

Get your tickets for Lovebox 2020 www.loveboxfestival.com