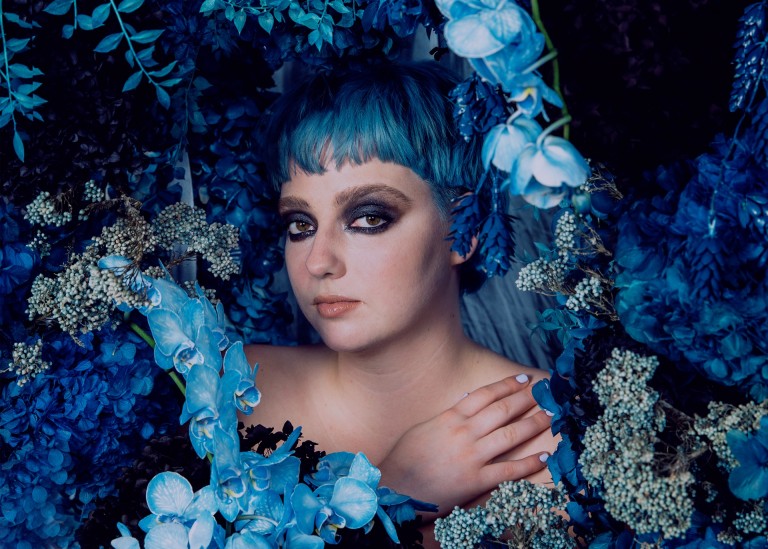 On Black Clouds and Silver Linings with merci, mercy

In 2020, Australian singer-songwriter, merci, mercy, burst onto the scene with ‘No thank you, no thanks’. The project was an instant hit amongst listeners across the globe and fans loved her honest and intimate take on life. Now the artist returns with ‘Black Cloud’, a touching track that offers an insight on what’s to come on her sophomore EP. Inspired by the artist battles with her mental health, the single reflects the lack of joy she was feeling in her day-to-day life and how that was affecting her relationship. Ultimately, it’s introspective nature takes us on a journey of self-growth, knowing that a better life isn’t far away.

However, the tracks lyrically dark nature is juxtaposed by its irresistible alt-pop production style. Such an ability to bring light into even the darkest moments has been the key to Merci, Mercy’s success, and the combined 15 million streams her releases have accumulated in just two years. ‘Black Cloud’ is also accompanied by an intriguing music video that showcases just how much the artist was in her own head during this period, as she cuts an isolated figure throughout, until the end, where she sits closely with her partner – reflecting their growth.

Merci, Mercy’s style instantly caught our attention, and the issues she brings to life are incredibly important in ending the stigma around mental health. We had to learn more about her creative process, her journey to date, and what we can expect on her next project, you can read all about it, below.

Thanks for taking the time to chat with us today, merci, mercy! How has your creative journey led you into the music industry?

I’ve never been the most creative person in my eyes until I write a song. I’ve never been good at explaining anything unless I write it in a song. I’ve always just worn what I wanted and maybe that has contributed to my music. Even when I was getting made fun of, I still would always wear/ be what I wanted. I guess that explains why I write the way I do. Even when people told me I swore too much and spoke too much about my mental health I fought it because it’s who I am so why would I change that. I always wanted to be a musician and I always wanted to be myself.

Sonically, what was it like growing up in Australia? Was there a specific sound that was popular?

To be honest, I moved around quite a lot so there wasn’t just one sound that was popular. It was different wherever I went but also the same. The popular music didn’t change much but I would just always listen to whatever I wanted, and it changed all the time.

How did you decide upon the name Merci, Mercy?

I’m a very indecisive person and couldn’t choose between the two so I asked my friends and they just said ‘why don’t you just use both then’. So I did.

You’re now 2 years into your journey releasing under the alias, how have you found the journey so far?

The journey so far because of covid has been very stressful. There’s been extreme lows and extreme highs throughout it. When releasing my first song I was so hopeful for my career, but it’s been harder and harder to keep a hold on to it. Everyday I’ve just been trying to be grateful for the fact that people enjoy my music and people have the desire to interview me. All my English teachers would be so shocked. I’m also just really hoping it all works out because I’m truly not good at anything else. It’s something that terrifies me daily.

You’ve just released ‘Black Cloud’, what was the inspiration behind the single?

Black Cloud was inspired by my relationship with my partner and how I was wanting to end it at the time because I was in such a bad mental state. I started to feel as if I didn’t deserve his love because I was treating him so poorly because of how I was feeling. The hopelessness in the song is there because no matter how bad I got he didn’t give up on me. He never made me feel like I didn’t deserve the world just because I had mental health issues. In fact he made me feel the opposite. He drove me all the way from Sydney to Byron both ways the week I recorded the song with Chris Collins. He was sitting in the spare room while me and Chris worked on this song and him being there made me feel so passionate. His eyes were also a really impactful reason for the song being what it is. He has blue eyes that are not your typical blue eyes , they are like the ocean on a stormy day. On our way to grab coffee on the first day of working with Chris Collins I wrote in the car ‘wish I wasn’t wrapped up in a big black cloud, so I could enjoy the smile on your face’. My mental health was stopping me from enjoying what I thought was the most beautiful thing in the world, which is my partners smile.

Despite its irresistible alt-pop aesthetic, the track delves into darker themes, particularly around mental health issues. What was the experience like writing such a personal song?

My experience writing such personal songs is beautiful especially when it’s with Chris Collins. We were both going through a rough time at the time we were writing which is why the song ended up being so incredible. People always tell you that being emotional is a weakness, but I believe it is a strength. Without my mental health struggle, I wouldn’t be able to write a song that connects with people. I love working with Chris because he always allows me to be myself and I always feel incredibly safe around him to do so. Throughout my life I’ve had a lot of people make me feel bad because of who I was and that’s so overrated. I am a person who is struggling with their mental health and that makes certain people uncomfortable which just means my music isn’t for them. Wiring music that is so personal is all that I know and all that I enjoy so I will never stop doing that. Some people would try to put me in this pop bubble of heart break songs, and I just refused even if it meant they didn’t want to work with me anymore. Moral of the story is don’t ever stop being yourself no matter how hard people make it for you because you will love yourself more for being you then for being someone else.

What message are you hoping to project to listeners who might well be able to relate to such a topic?

I’m hoping that others who suffer from mental health issues realise that it shouldn’t stop them from being loved and if someone is making you feel like that then you should fuck them off.

‘Black Cloud’ is accompanied by a music video that visually translates the song’s message. What was your creative approach like to this side of the release?

The approach to the music video was simple, I had to have my partner in it. He is the reason I try every day to be better and he always reminds me of other reasons such as my family. It was a process to find the right person to create this music video but when I did it was such a nice feeling. Jasper who created the music video is such an incredible person, he made me feel safe and comfortable and he loved cars as much as my partner did. It was the least stressful night I’ve had in a long time and it was the most fun I had had in a long time. Turns out we actually went to the same high school when I was living in Wollongong for a year, which was so cool. I have been through a lot in my lifetime and as a result I feel uncomfortable around men most of the time, but Jasper made me feel so safe and I could just be myself which made the music video so special.

The single serves as a prelude to your upcoming sophomore EP. How does this track relate to what’s set to land on that project?

Black Cloud relates to the upcoming music because it’s going to be all about my mental health struggles and how it changes me as a person. I feel like it’s all about trying to find who is the person to blame in a situation when really, it’s a delicate situation.

When can fans expect to see you perform these new tracks live on tour?

Well, I’ve actually been playing a lot of these songs for a while on tour but no one has noticed which is quite funny. I can’t express enough how amazing it’s going to be when the songs are out, and people can finally sing along to them!! But you will get to see me live soon 😉