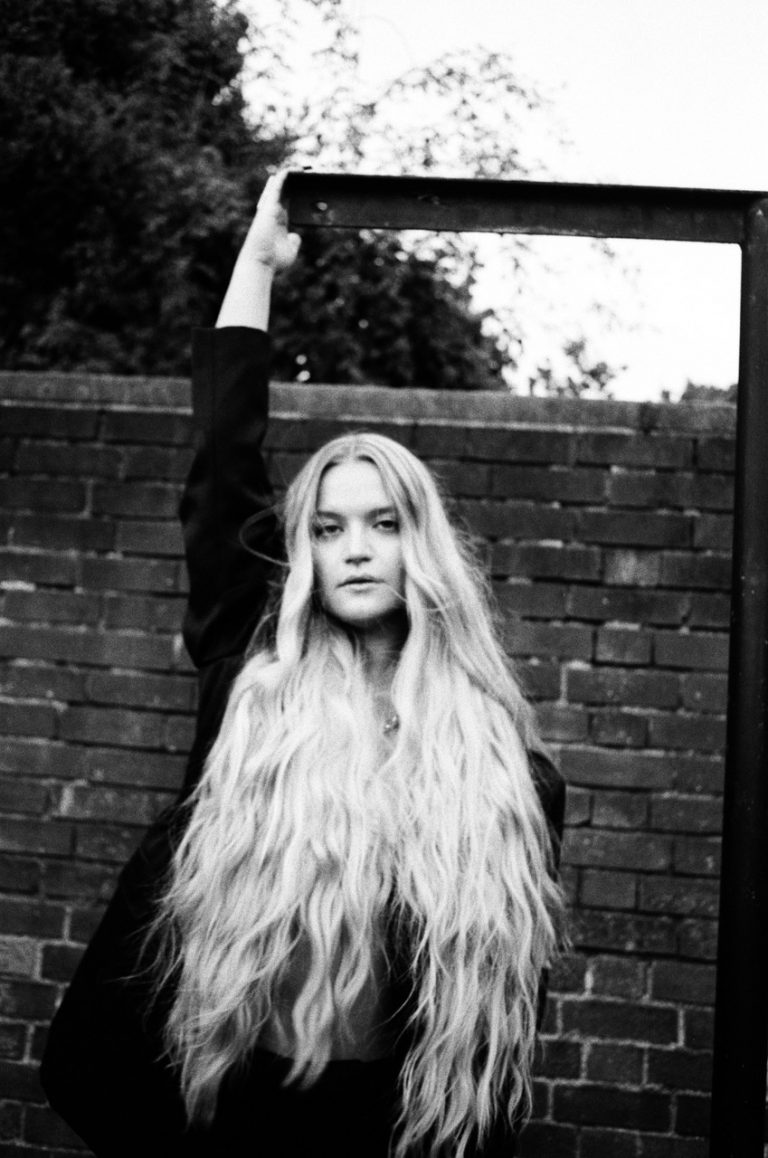 On The Rise: Charlotte Jane

Lewis Capaldi praised 22-year-old singer/songwriter Charlotte Jane shares a new single, ‘Down Days.’ Based in Hull, this long-haired goddess made it to The Sun’s list of 21 Artists To Watch. She started the year off with her first play on Radio 1 with her track ‘Get It Right’.

Charlotte Jane is on the rise with a destined spot on the stage. From making an appearance during her grandparents’ performances who were also musicians, to opening for the big crowds at Lewis Capaldi’s shows, Noctis speaks to Charlotte about her journey, the third lockdown hitting differently, and what lifts her spirits on her ‘Down Days.’

It’s very nice to meet you Charlotte. How are you today?

Hey! I’m okay. I’m currently 2 days into what is seemingly my first properly productive week of the year… It took me a little while to get warmed up. This lockdown has been pretty bleak haha.

I just finished watching The Bay (ITV) and It’s a Sin (Channel 4) – both were incredible. I’m reading Barack Obama’s autobiography ‘A Promised Land’ which I’m only 30 pages into but I’m completely hooked, it is so so interesting. There’s some great new music out, I’ve been listening to ‘Hypocrite’ by Compass and continue to spin ‘folklore’ by Taylor Swift. I’ve also found myself frequently listening to John Legend’s 2005 album ‘Get Lifted’. This third lockdown has been the hardest one to stay positive in I think. I’ve found that running has been a real saviour for me, it helps me clear my head and the endorphins from the exercise do wonders for my mental health.

When and how did you discover you could sing?

It must have been from other people’s reactions when I would get up and perform as a kid. I used to sing with my grandparents at their gigs from the age of 3 or 4. My parents must have seen something in me as they sent me to London for vocal coaching when I was only 9 years old. My mum thought I maybe had something special vocally and wanted to find out if she was right or whether she just thought I was good because I was her daughter hahahah.

Your grandparents were performing as a soul duo, what do you remember about them touring?

I remember getting up onstage with them at a show at a church in Frankfurt and standing in the middle of the two of them with a tambourine in my hand. I also remember that I’d kick off if they didn’t play Celebration by Kool and the Gang as it was my absolute favourite.

What did you learn from them?

I think the most important thing that I learnt from watching them was to perform out of pure love for music not necessarily for recognition. That way you’re happy performing to 3 people or 30,000 because you just love being onstage.

How did you get started yourself?

I used to be part of children’s singing clubs and choirs that massively helped to improve my confidence. I also used to upload videos of me singing to YouTube and my Dad used to send them round to his friends as he was so proud. One of his friends saw my videos and put me on as an opening act for a couple of big events. They really gave me a taste of the kind of shows I wanted to be headlining. Then when I was 17 years old, I was advised to get a manager and a friend put me in touch with the same manager I’m still with now, five years later!  Once I met Mike, I started working with producers and songwriters and building a catalogue of songs.

Lewis Capaldi said you will become ‘“one of the biggest fucking things in the world”, how was the experience performing with him?

It was incredibly lovely of him to say! Playing those shows with Lewis was just ace, the crowds were amazing and I feel like they really understood me and my music which was such a great feeling. Playing shows with an artist who has become mega successful recently is a crazy experience because you can feel the electricity in the crowd as they are probably about to watch their favourite artist live for the first time. That makes for a wicked opening slot atmosphere.

Who would you love to collaborate with?

There is a very long list. I would love to collaborate with H.E.R, Chris Martin and Justin Vernon on my artist project… that would be unbelievable. I also love writing for other people’s projects and there are some voices that I would love to pen tracks for like Sasha Keable, Lennon Stella and Rihanna.

What do you want to say with your music?

Literally whatever is on my mind. I never want to feel like I can’t say exactly how I feel or what I think. Music is my way of expressing my truest self so it should always remain a place where I am free to share whatever I want to share.

What inspired you to write ‘Down Days’ in the first place?

I wrote it after a weekend where I felt like I was carrying a tonne of bricks around with me. I struggled getting out of bed and didn’t want to be seen by anyone. The thought of leaving the house made me feel physically sick and I felt daunted by anything that was in my calendar for that week because my mind was telling me I was never going to stop feeling the way I was feeling. Thankfully by Tuesday I felt a lot better but almost had an emotional hangover from it. I felt really fortunate to be in the studio with two people I trusted (Phil Simmonds and Jonah Christian) because I was able to be super honest about how I’d been feeling over the weekend. Through chatting with them, they helped me realise that I didn’t need to beat myself up for have a rough couple of days and that sometimes you’ve just got to feel those negative emotions for a minute. Hence the overarching sentiment of the record ‘It’s okay to have down days’.

What works best for you in terms of cheering up when you have a down day or two?

*Disclaimer* For all of the therapy sessions and attempts at digging myself out of dark days, I still do not have the magic formula and I actually don’t think there is one, every now and then I just have to hold on and let them pass.

The rational part of my mind knows some of the things that can help me feel better though. I know that doing some form of exercise releases endorphins and they are magic for uplifting my mood and being outdoors is really good for my mind. Snuggling with my dog and watching easy TV like Gogglebox, First Dates, Rick & Morty or Masterchef is often a great mood booster. Talking to my boyfriend, my best friend, my mum or calling my little nephew as he always makes me laugh.

What can we expect from your upcoming EP ‘Refuge’, what other themes will you touch upon?

You can expect great music (I hope. I’m majorly proud of them and I’m really struggling not to leak them myself before the release date haha). It’s very much about relationships and communication. I feel like relationships become so much more complicated, than the fairy tale version I understood as a child, when you’re an adult with emotional baggage. My EP really explores that. I don’t want to go into too much detail otherwise I’ll end up doing a track by track before I’ve even officially announced what’s on there….haha!