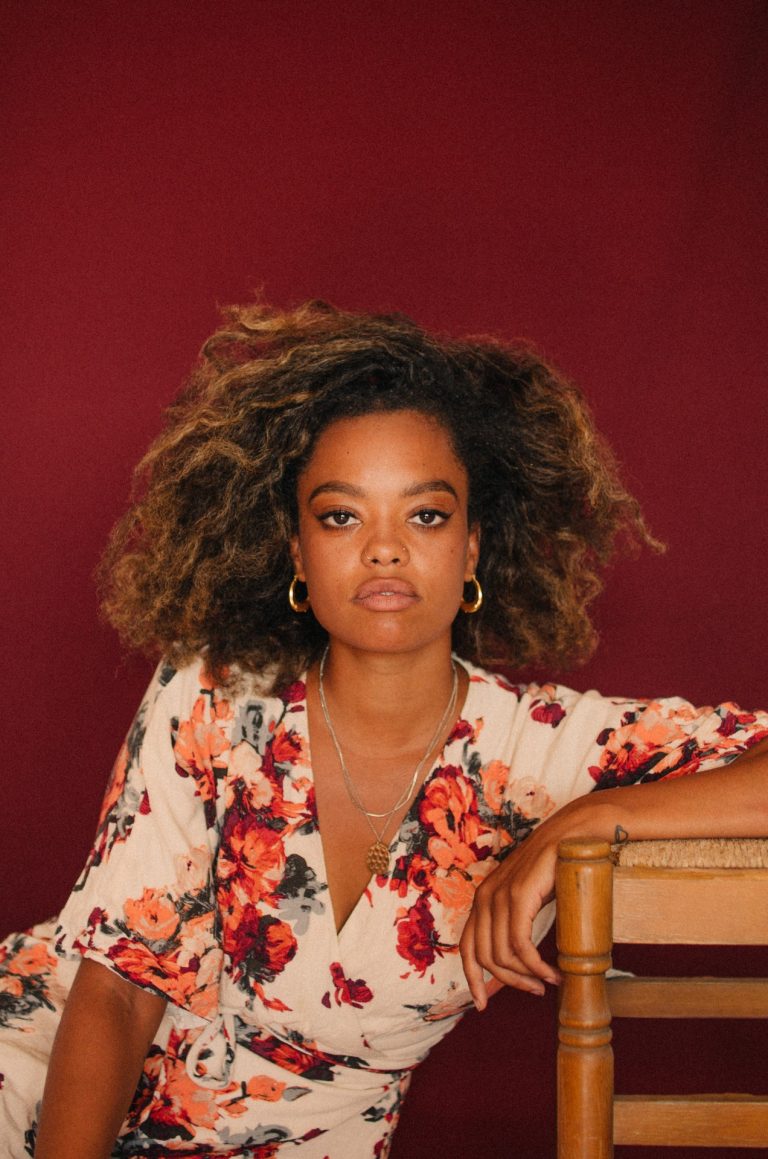 Her passion was singing and songwriting. The dream felt unattainable, so she became a house DJ. Today, this is no longer the reality for the Zimbabwe-born, Dublin-raised singer/songwriter and producer shiv, as she unveils her debut EP ‘Me 2 Me’.

Noctis got to talk to shiv a few days before the big release. Feeling excited and nervous, shiv looks forward to ‘her songs existing somewhere outside of her laptop’. As the world is still not fully back to normal, ‘Me 2 Me’ celebrations will have to be postponed: “I don’t know if I’ll even get a chance to celebrate properly! I have some music commitments and a band rehearsal that day. I usually like to take the day to myself and get away somewhere for a night, just so I can reflect and let everything sink in, but I don’t think I’ll be able to do that this time around”, shiv says.

Only writing and making music for a couple of years, shiv has identified with her stage name a while back: “My real name is Siobhan – pronounced “Shi-von”, and all of my friends in school and college used to call me Shiv. I always felt more like a Shiv than a Siobhan, so Shiv just kind of seemed like the logical choice for a stage name”.

Despite being a newcomer, music has always been a consistent theme in shiv’s life. From dad’s vinyl collection and mom’s parenting techniques to choir and DJing, shiv talks about the early days: “I grew up around music – my Dad used to play such a variety of records for us growing up. It was such a ritualistic thing to watch – cleaning the record and carefully placing it on the player, gently applying the needle, and then the crackle before the music started and we all began singing along to whatever he played, be it Sting and The Police, Angie Stone, or Pink Floyd. My mum taught my sister and me some songs with harmonies that she had learnt from her mum, and if we’d start bickering or we were annoying her when walking from one place to another, she’d start singing and we’d both join in. In school, I sang in two choirs and as part of a duet and trio with my friends, and then after college, I took up DJing. So music and singing have been consistent themes throughout my life”.

Compared to Dublin, shiv dives into its culture, size, and rising talent: “My favourite thing about Dublin is also my least favourite thing about Dublin – it’s so small! I love Dublin and it has such a unique character and a very distinguishable culture, and its small size contributes to the sense of community that it has, but life can sometimes feel a bit repetitive in Dublin, because you kind of stick to going to the same places to socialise, and are seeing the same people etc. Dublin and Ireland’s music scene is growing soooo rapidly at the moment, and the quality is ridiculous! It’s so cool to see so many different genres coming out of a small place, and now it’s a lot harder to stereotype Irish music. I think it’s so exciting”.

As her dream of singing seemed too far to reach, shiv chose an alternative method to connect via music: “I started out as a house DJ. Even though singing was my real passion, it kind of seemed like an unattainable dream at the time. I wanted to find some way to engage with music and express myself creatively, and DJing had always been something that interested me. I had a love of classic house from my dad, we used to listen to Technotronic and Blackbox among others, so it just seemed like it fit”. Fast forward to a couple of years later: “I got scouted after posting a song I wrote for my sister’s wedding on Youtube. Since then I’ve become more and more serious about music as a career path”.

Her debut EP ‘Me 2 Me’ is written and produced by shiv herself. Before hopping into the record, shiv addresses the reason why she became a producer as well: “It started from impatience to be honest. I started out working with producers remotely, sending ideas back and forth, and it just took waaaayyy too long, and I was never really able to express my ideas clearly enough to get the result that I wanted. After I started messing around with production, it made me love the independence and the ultimate control I had over my music. I went to stay with my parents in Mozambique for six weeks, and during that time I had the space to engage fully with the type of production that I liked, and start picking out sounds that felt good to me. The first song I produced was a house song – it was a great way to start because there is a very definite structure to house music, and I just learnt as I went along, following a Youtube tutorial. That made me familiar with the production set up, and from there I played around, looking up more tutorials whenever I hit a wall. Now I feel a lot more comfortable with production, but I still have a looooooot of learning to do”, she explains being aware of the many opportunities to grow and learn.

Becoming so independent, and free to make all choices, shiv does have an advantage starting as a self-sufficient artist, especially in such a male-dominated industry, as she describes it: “On an egotistical level, there’s a sense of pride that comes with being able to say that almost everything I’ve released to date is self-produced, written, recorded, and released, especially while being a female in this male dominated industry. That aside, the independence and freedom it grants me are amazing, and being able to make a finished product that really feels like me, through and through. Each song really is a piece of my heart and soul. That being said, I’m really excited to collaborate with other artists in the future, to be able to grow and learn and refine my craft”.

Okay, let’s get to the point. ‘Me 2 Me’ is now out for everyone to hear. This is a very vulnerable project and hence shiv wanted to handle everything herself. Throughout this six-track long EP, shiv was able to work on her issues as well as creating art: “This project is essentially an exploration of my inner world, and a journey of self-discovery. For me, this project represents the development of my relationship with myself and my anxiety – towards my creativity and just about life generally. The main takeaway for me is to take your time with things and be gentle with yourself, that failure is inevitable and isn’t a reflection of your worth as a person or your abilities.. and also just to relaaaaax, things will be ok!”

Speaking of relaxing and letting the universe do its thing, shiv highlights her recent single ‘Letting You Know’ that represents just that: “‘Letting you know’ reflects the moment when I finally realised that holding on to my anxiety was only serving to hold me back, both creatively and generally. Letting go of that fear would allow things to unfold the way that they should, and not get caught up in judgment or unrealistic expectations of perfection”, she shares as one of the most important pieces of advice I reckon.

With ‘Me 2 Me’, shiv had to overcome the fear of being so vulnerable with the world and the pressures that come with being so open. She reflects the number one lesson is to be confident in your own work: “Luckily my first couple of releases were received well, but with that came a lot of self-imposed pressure. I felt I had to live up to those songs, and that now I had something to prove. Overcoming all of that was part and parcel of creating the EP, the EP is a diary of the reflections that concluded in me finally realising that the most important thing was to be confident in my own work, and not rely on external validation. Being open and vulnerable is difficult, but also so important as it encourages other people to be comfortable with their own authenticity and vulnerability”.

You can feel shiv has done extensive soul-searching that helped her grow into such a self-aware person and the pandemic had a bit to do with her having the time to do so. “For me, lockdown really helped and gave me the opportunity to ruminate on some stuff that had been in the peripheries of my mind for quite some time, allowing my EP to finally come together and giving me the time to become self-assured in my music”, she tells.

Keeping her fingers crossed for a brighter, less uncertain future, shiv mentions her plans for the upcoming months including a concert you can buy tickets for on December 9th: “Hopefully performing at some point when life resembles normalcy! I have a performance set for the 24th of April in The Soundhouse in Dublin. After that, I’m going to start working on my album- which I’m so looking forward to throwing myself into. I’ve been focusing a lot on the business side of music lately so it’s going to be really good to get back into the creative swing of things”.