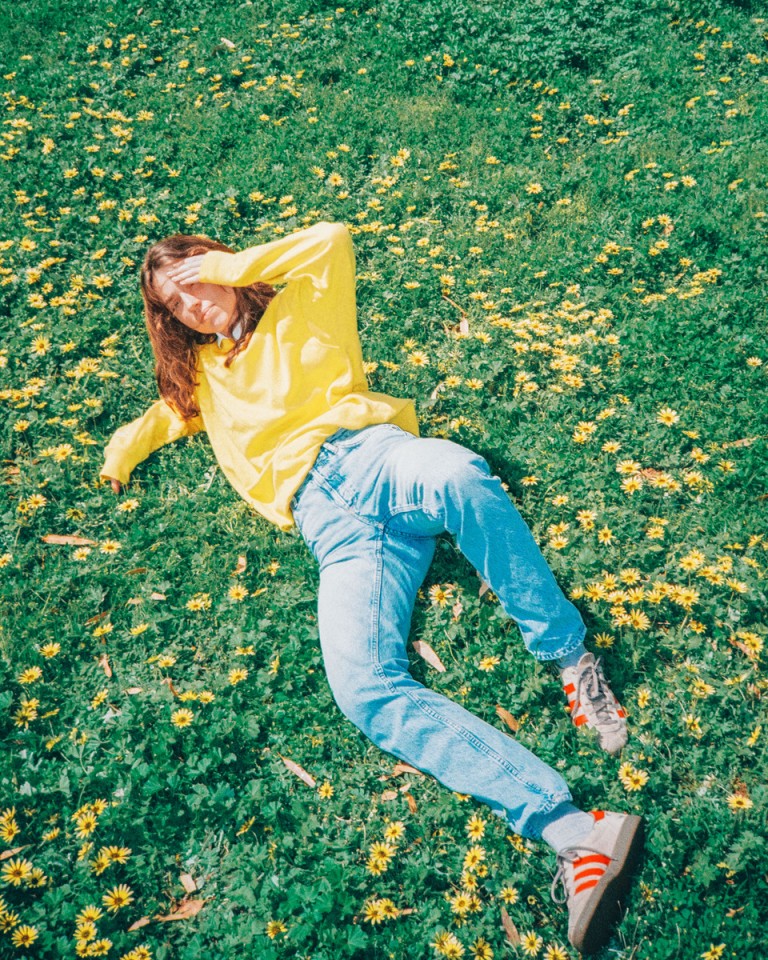 With over a decade in the industry as part of groups Snakadaktal and Two People, before taking the daunting leap as a solo artist, Phoebe Go has honed her craft and refined her sound, learning from the best rising stars in the industry. Having supported the likes of Holly Humberstone and Hatchie, and with her steadily growing fan base, Australian artist Phoebe Go now unveils her debut EP, ‘Player‘. Short and sweet with five poignant tracks, Player is a well-flowing offering that poses questions of purpose: through career, relationships, and existence. Using songwriting as a way to navigate the twists and turns of life, Player sees Phoebe at her most vulnerable, with a new sense of emotional freedom echoed in her lyrics.

We caught up with Phoebe to discuss her new releases and accompanying visuals, taking the leap into her solo career, and advice for emerging artists.

What’s your first memory of music or a musician you idolised early on?

I think getting my hands on an Avril Lavigne CD was a pretty big deal. I was about 9. And then it was the Beatles. I had posters all over my bedroom.

So, we know that you formed your band Snakadaktal at the young age of 15, but what prompted you to step into the music industry?

That’s a good question, I was so young so it almost felt accidental. I knew I liked writing songs and I knew I liked sharing them, so maybe that’s all it took.

What was daunting about starting a solo career?

Finding my own confidence I guess. Having nobody to lean on.

Your latest track ‘Hey’ has an emotional message behind it. Does it help you mentally when discussing hard topics in your lyrics?

Yeah it does. I think songwriting is the thing I turn to when I can’t make sense of something. and this song really helped me process what had happened and find some kind of peace with it.

We’ve been lucky enough to get visuals for ‘Hey’, ‘The Kid’ and ‘We Don’t Talk,’ from your debut EP – will you be treating us to videos for the other two tracks, or is it was a surprise for release day!

Hell yeah! I’ve made a video for the focus track of the EP ‘be the player, not the poet’. It was super fun to make.

How do you come up with the concepts for your music videos?

Usually I shut my eyes and put on the song and just try to imagine something like, what is gonna compliment this song visually. It can vary though, sometimes there is an idea already planted in the song to build on. Sometimes it takes a little longer to figure out.

What can you share about your unreleased tracks ‘Be The Player, Not The Poet’ and ‘Birthday’?

They were both written during one of those big lockdowns.

What’s been the main difference between creating solo music for this EP, and creating music collaboratively for your past projects?

I think the main difference is that I’m writing from an even more vulnerable place. It’s more me, if you know what I mean. Strangely though, I find that really empowering.

Which song from the EP are you most looking forward to performing live?

Be the player, not the poet.

Having been in the music industry for 12 years, what is one piece of advice you’d give to a young aspiring artist?

You’re the boss, don’t let anyone make you think otherwise.

What are your hopes for next year?