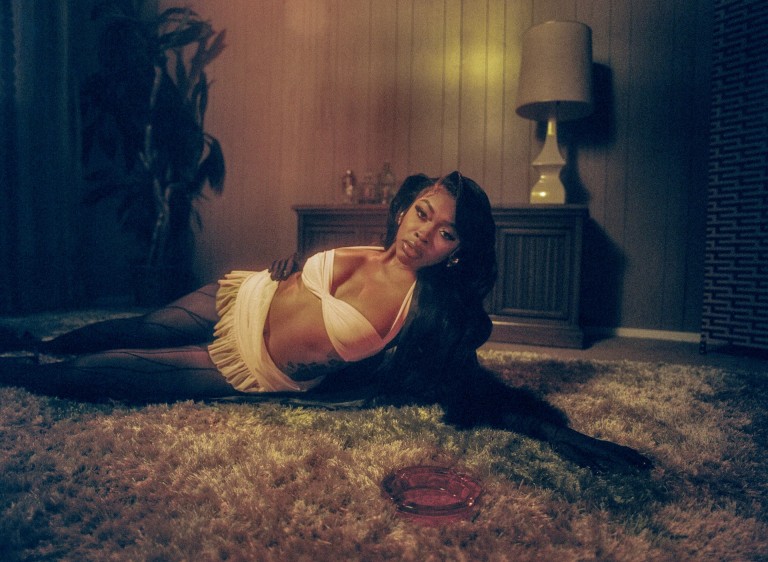 Grown and elevated are two words that detail Tink‘s new record ‘Pillow Talk,’ reaching #1 on Apple Music’s Top R&B albums. Tink has received praise since her introduction to the scene in the early 2010s; the star is experiencing some of her happiest moments right now as an independent artist, exploring new sides to her artistry.

‘Pillow Talk’ is an exceptional work of body with Tink stepping outside her comfort zone with saucier lyricism and creative freedom to narrate the behind-closed-door antics. Tink sounds self-assured, confident, grounded, and destined for greatness.

In the light of ‘Pillow Talk’ release celebrations, Tink hopped on a flight back home to Chicago. On her way back to Los Angeles, she catches up with Noctis during a mid-packing break and manifests future potential collaborations.

What have you been up to this Summer?

This summer I’ve been working hard to promote my album. Between recording in the studio, shooting music videos, and performing, I’ve been very busy.

What are some of your favourites styles to wear this season?

My favorite styles to wear this season would probably be a cross between high end designers and cute pieces from smaller boutiques shops.. Because it’s summer I’ve been wearing a lot of bright neon colors. I always stock up on shorts and skirts when it’s hot. Balenciaga, Mugler, and PrettyLittleThing are my favorite stores.

What would you say were some of your pits and peaks of your career so far?

Some of my pits and peaks would have to be during 2015 and now. I was signed to a label in 2015, and that was maybe my lowest moment. I couldn’t release my music and I was so frustrated that I ended up taking a break from music all together. Fast forward to today, I feel like I’ve had my best moments this year. As an independent artist now I’ve been able to drop multiple albums, I’ve earned a few plaques. I’m selling out theaters and touring different cities. My album Pillow Talk is currently the #1 r&b album on Apple Music … So this season is definitely a peak.

What is different about your new album ‘Pillow Talk’ compared to your previous records?

Pillow Talk is different from previous releases because it’s a more sexy and sultry project. It still feels emotional, however I’m showing a more grown and elevated side of myself!

Do you have any favourite lyrics out of the project?

My favorite lyrics on this album would be a quote from I Choose Me. It goes, “I choose me now. Never let a nigga treat you like a rebound. I choose me. Ain’t nothin worth more than my Peace.” I love that quote because it speaks to me. In life I always want to be a priority, and I’ll never let anyone treat me like #2.

What song was the hardest to execute in terms of getting your point across?

How did you learn to be so vulnerable in your songwriting?

I learned to be vulnerable in my music through church. I used to sing in choir and every Sunday I would lead songs. And it was just so spiritual, it taught me how to open my heart. Gospel music is the most vulnerable music in the world to me. So I try to bring a similar passion and energy to my songs. Pour my soul into it the same way.

Do you remember when you started writing  songs?

I started writing songs when I was 11. My father is a music engineer and he’d built a studio in our basement. I watched him record people everyday, so eventually I caught on to making music.

Who would you say inspired you the most to pursue this career professionally?

My father is actually the person who inspired me the most to do music. He bought me my first computer, taught me how to produce beats with Fruity Loops, recorded my first session, and took me to my first show. He’s been my biggest supporter since day one.

How was it working along Hitmaka?

Working with Hitmaka is a crazy experience. I’m usually very private in the studio, I like to work with very few people in the lab. And when I met Hitmaka he had a team of about 10 people working around me every day. So I had to get used to working amongst a team of people. It’s great though, because now I’m able to record 5-6 songs a day! The process is a lot of fun too.

Who would you love to work with next?

I would love to work with Mike Will Made It, 40 at OVO, MurdaBeatz, and even LondonOnDaTrack. They have some great productions too.