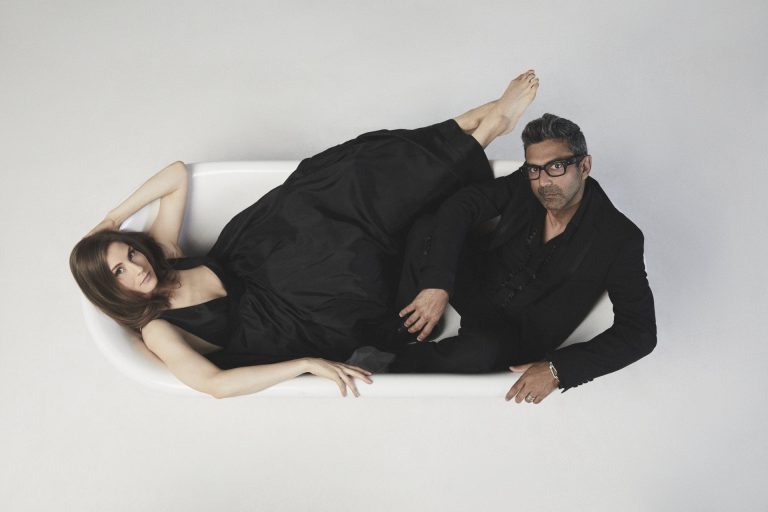 President Street at The Bedford

With the door open to Balham’s The Bedford, the latest of their famous music nights commences. Its snug oval-shaped live-show-room creates the perfect atmosphere for intimate concerts and discovering the best of new music. On a very Autumnal Tuesday, Melbourne-based President Street makes their return after more than two years.

As soon as the Australian duo’s Pete and Ruby stepped on the stage, the audience could feel how excited they were to be back. After coming such a long way, from the perpetually locked down Melbourne, Ruby did not hesitate to make a statement. Her gold sequin dress was showstopping alongside her collaborator Pete who was charming as ever.

To paint the picture, the ever-so glamorous Ruby took center stage, ready to deliver the newest President Street material in the form of their new EP ‘Heartbreak Player.’  On the right side was the other half of President Street, the multi-instrumentalist Pete. Throughout the show, Pete stayed behind his keyboard. He changed between a guitar and bongo drums, making it difficult to decide where to focus, as both Pete and Ruby were stealing the show and turned it into a spotlight competition.

The main feeling radiating through the entire live performance was the harmonious manner in which Pete and Ruby collaborate. You could feel they’re still comfortable with each other despite the two-year concert hiatus. If the first song got the crowd moving, the second track, ‘Heartbreak Player,’ really started the show.

The title track of the new EP started slow but soon turned into an authentic President Street vibe. The duo seemed at home. Ruby took her fluffy black jacket off halfway through the song and gave into the music, tightly hugging the microphone. It’s fair to say, ‘Heartbreak Player’ was the highlight of the night, as it’s really hard not to sing along with the catchy chorus.

As a bit of intermission, Ruby explained a backstory to the next song ‘Borrowed Time.’ This time of the year, when the weather gets chilly and the festival season is around the corner, Pete got to thinking about the concept of time after he approached a homeless man who kept being ignored by everyone else. He returned to his hotel room and wrote ‘Borrowed Time.’ The live performance of the track got more than one person feeling grateful for what we all have.

For the closing track of the show, both Pete and Ruby went all in, making for an incredible comeback performance. Watching their collaborative chemistry, anyone coming to their show supporting Roachford on the UK/Europe tour are in for a treat.