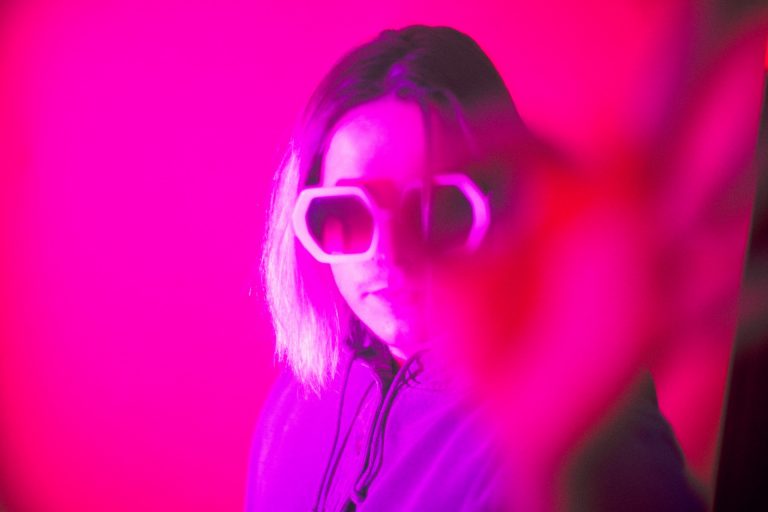 Growing up in Kansas, the slow-paced life of the Midwest resulted in Tommy Newport deep-diving into a world of creativity after picking up a guitar at a young age. At just 18 years old, he dropped his debut single “I Forgive You” which subsequently amassed millions of streams, propelling him into the limelight. Since then, he has been accumulating a large repertoire of successes, most notably his rendition of “Movie Screen” for COLORS sessions, as well as his recent feature with Grammy-nominated hip-hop duo EARTHGANG. Solidifying himself as an artist to watch in 2021, Newport has truly been a force to be reckoned with.

Wrapping up a whirlwind of a year, his latest EP Liquid, shows us a range of emotions and themes all glazed in a sonic glue of pop-rock meets indie-funk. Described by Newport as “my take on the sign of the times”, the six-track release includes his most recent single “Bubblegum”. A song which highlights Newport’s playful songwriting ability, while simultaneously demonstrating his stunning falsetto range and talent for creating funky, feel-good bangers.

We spoke with Newport about all things Liquid, his “Bubblegum” music video, advice from the artist and much more.

Congrats on your new track “Bubblegum” Tommy! Can you talk a bit more about the meaning of this single to you?

Bubblegum to me is playing into the stereotypical love song in a self aware kind of way. Pulling out all the stops to get the point across, I just wanted to make a song that felt good to the listener and felt relatable. It’s an easy listen and should bring memories and feelings to anyone.

You have a quirky video for “Bubblegum”! Where did the concept of the video come from?

With the video I was just trying to have something visually pleasing and something that portrays the lyrics. Using the pink tones, candy pink paint, pink car to hopefully show what it feels like to listen to the song.

How was it getting covered in pink paint?!

I don’t think any of us around on that day thought it through at all, I knew what the plan was to get the paint on me but I didn’t think about the aftermath. It was actually awful. Paint in my mouth and hair and eyes with no game plan to get it off was not the best idea. But I will go all out for a video.

“Bubblegum” is off your upcoming EP, can you give us any clues or ideas of what to expect from your other tracks?

Bubblegum is a one of a kind on the EP, all of the songs are. 4th Pyramid and myself wrote the EP from front to back and wanted to keep it all very cohesive, make sure the songs worked well with one another. We really wanted to take time to be inspired for this EP and wrote some songs that could stand up against some of my favorite iconic artists of the 70s. We have our own twist to those ideas, I am excited for everyone to hear it!

Is there a message you want to convey overall with the upcoming music?

I don’t have a message to convey, the things I write about are my own and I always hope that people find their own messages in the music, or just enjoy the sounds.

Do you think your EP shows a different side to you?

I would say it does, this EP marks the beginning of a new era for me. I am always evolving and changing and learning new things and I feel like this EP is a taste of what’s to come.

What’s your personal favourite single off your EP and why?

I would say “Martians” is my favorite song, I love the sound design and the production of it. It’s paced really well and I haven’t gotten tired of it which other artists will know, after so many listens, you’re ready to move on by the time it’s coming out. This EP hasn’t tired me out yet!

So let’s take it back, who sparked your initial love and creativity for music?

I couldn’t tell you really, I know I grew up with music head parents and CDs everywhere but it wasn’t until I was older that my friend taught me pumped up kicks on an acoustic guitar that I realized I wanted to make my own pumped up kicks. I obtained my drive and passion to write songs there and then, and haven’t turned around since.

What would you say to your younger musician self now if you could?

I wouldn’t say much really, I would leave him alone to do his thing.

Do you have any advice for people starting out in music?

With the ever changing landscape and how fast it changes I can only advise people starting out in music to get their craft down first and get the basics locked in, and then start trying to navigate the other side of things.

Have to wait and see! My debut album will turn 3 soon and I’d say that’s long enough, I think it’s definitely time for no.2.