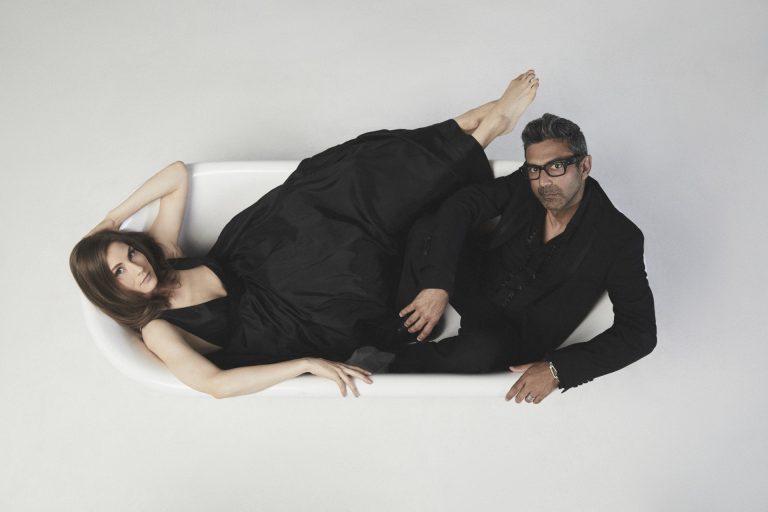 Anarchist, political activist and writer Emma Goldman once said “If I can’t dance, I don’t want to be part of your revolution”. It’s a statement which emphasises the importance of celebration in the face of adversity, in coming together to fight the power in a way which brings joy and champions creativity and the involuntary act of movement.

Tapping into the defiant joy found in revolution is the Australian pop duo President Street, and their latest single TIME IS UP. Struck by the images of so many people of all colours, ages, gender, sexuality and backgrounds coming together during 2020 to unite around making the changes that the planet really needs right now, it’s a song that perfectly blends strength mixed with a celebration of humanity.

Speaking of the song, President Street said that “We want it to be defiant but also have a sense of joy and hope about it.” This is something reflected in the celebratory carnival-esque nature of the song’s production, Ruby’s uplifting vocal line, and the defiance found in the lyrics themselves.

“Watching the news we were struck by the diversity of people coming together peacefully and so we wanted it to feel like a celebration of people of all colours, age, religions and gender coming together to say that we’ve all had enough, and the time for change is now.”

The song is jubilant in its use of house beats and piano-driven chords, all set with Ruby’s lofty vocals at the top of the mix – softer and more intimate than we’ve heard before. The video prominently features a dancer who perfectly illustrates the message that this band wants to convey through its lyrics and attitude – a celebration of people all over the world coming together to fight for what’s right.

With this release, President Street proves they have their fingers on the pulse of creativity, ready to be ignited by movements and events which necessitate a discussion through their art. For a band characterised by their refusal to remain silent, and guided by their musical instincts, TIME IS UP may just be the glittering jewel in their ever-growing crown.

Stream TIME IS UP on Spotify