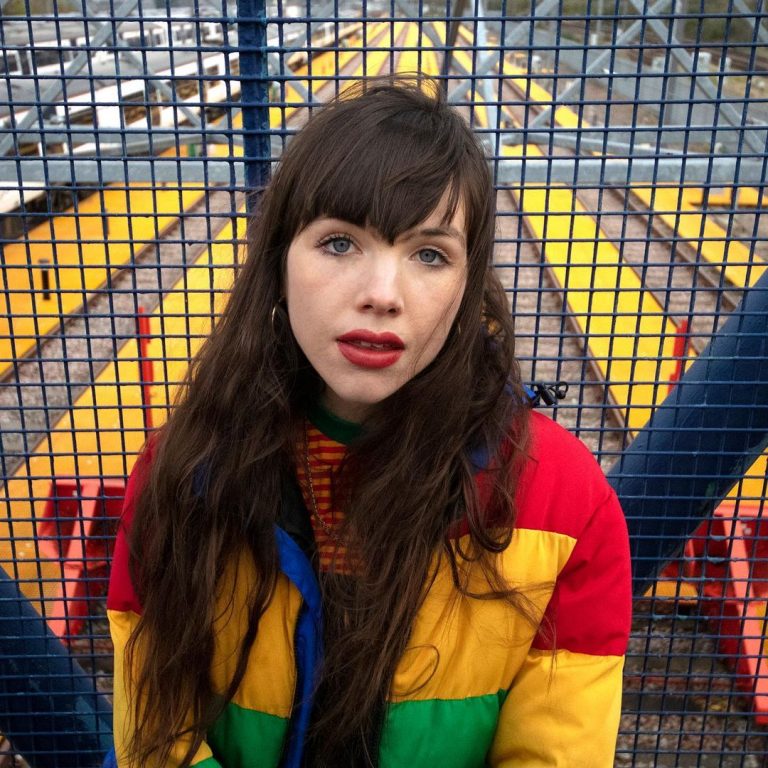 London based musician retropxssy has released her debut album ‘Road Ahead’. This is unafraid of vulnerability, as retro navigates through dark worlds. This body of work contains 10 tracks and is an alternative hip-hop dream – always eclectic, eccentric, punk as hell!

‘Road Ahead’ is an album born in transition, written over the chaotic currents of the past year. But it seems that retro has found her footing – with her we move forward, we carry each other when we’re exhausted, we dance.

retro’s signature stance is how she expresses freedom, conveyed in the lyrics. She embraces the underground, seizing pulsing punk energy from the London scene, moulding it with a gentle touch to make a sound as delicate as it is raw.

Starting in 2019, Retro released “Finchley Road” an edgy rap-based track, then later that year she released “Boo” an explicit genre-bending jazz groove that explored another layer to retro and her music. After that came her album “Getting Better” including 7 singles which each with a growing fanbase on Spotify. In 2020 Retro shared the short but sweet “Forgetting How To Swim” which is now her leading track with 13k streams and counting.

retro’s other hits include the tracks Sleepyhead and Part of Me, these demonstrate her UKG/ dancier style and have also got attention from Radio 1, BBC Introducing and 6 Music. Tom Robinson, on his 6 Music show called retro’s music ‘as gentle as a kitten, yet tough as a Dr Marten Boot’.

Noctis Magazine sits down with retropxssy to find out what it’s like being breaking through a male-dominated industry, and she explores the new album ‘Road Ahead’.

How are you finding being a musician in the UK during this current time?

Since things have re-opened there’s been this booooom. So many live shows and things going on, it’s fantastic – on a personal level, it feels like the creative community I’m part of has been reunited. We managed to stay together and support each other even over the chaos of the past 18 months, but to be together, performing, moshing, it’s special.

I do feel like there’s a slightly manic quality to the boom though. As makers (and just members of the public) we’ve been let down and lied to so much, the future still feels very precarious. No one knows what’s going to happen next, so there’s this kind of flurry of let’s just do shit while we can! GO GO GO!

Some kind of ephemeral space. Often an image from a film, or a book – a landscape – a mood. I try and burrow into that space. I use that inspiration to create a world I can funnel my feelings into if that makes sense.

Like Vanishing Point, I was thinking about a desert then I listened back and I can hear how thinking about the desert was a subconscious way of me thinking about feeling drained, precarious, like I was looking at something beautiful but dangerous, scary. A wonderful place to be, if you have enough water.

Describe the creation behind ‘Road Ahead’, how long did it take you to make the body of work, what do you want it to represent etc?

‘Road Ahead’ felt like a very organic album. The tracklist is basically the order I wrote it in across the arcs of weirdness in 2020.

I wrote the first track, ‘Bones Ache’ when Covid was just a spectre in the background in January. It’s actually about another illness I was suffering from at the time. But it’s funny as a lot of the metaphors I used about my illness almost foreshadow what was to come.

My music is always personal, cathartic – but it’s good if others can relate and maybe the tunes will even spur some conversations – some change!

My first EP, ‘Getting Better’ was about beginning a process of recovery, from a lot of things – depression included, this is about what’s next. The journey.

Which is your favourite track from the album and why?

They’re all my babies! I feel like favourites change over time.

At the moment Breathe is my go-to, I’m listening to a lot of alternative female artists at the moment like Abra, who inspired me to try new things with singing and layering my voice.

I wrote the track at a really difficult time and it’s good to listen back and reflect that things change and things can get better.

How did the album launch go, what went down on the night?

Everyone said they had so much fun and the vibes were…’ immaculate’.

So many people helped, I felt so loved. My next show is on October 24th at Folklore Hoxton. Come on down

Have you got any videos lined up from the new album? Which tracks are they for and what should we expect to see?

Wild Horse is getting a video for sure. I wanted to film that in a desert somewhere. With a few stallions. Dungeness, Kent where I shot my album art is technically a desert so might go back there! Kent or New Mexico – we’ll make it fire.

What kind of music did you listen to growing up & did this impact your music taste?

As a kid, I was pretty obsessive about music. My first loves were Busted, then a big Muse phase which developed into a metal stage – bands like Rammstein and Lamb of God. Even a bit of Cradle of Filth. I think the ‘theatre’ and intensity of metal has endured in my tunes.

I did like hip hop and grime when I was younger, but it was Odd Future that got me back into it – the alternative hip hop boom of 2012 shaped my taste hugely and my music too! Artists that I discovered in that period – OF, Awful, A$AP Mob, Doom, Freddie Gibbs, Black Hippy influenced me in so many ways. They were so imaginative, playful, exciting!

I never know what’s going to happen next. I feel like nothing is promised, but right now, I’m having fun. I just want to keep making music, meeting new people going to new places, nourish the connections I already have and make new ones – onward!