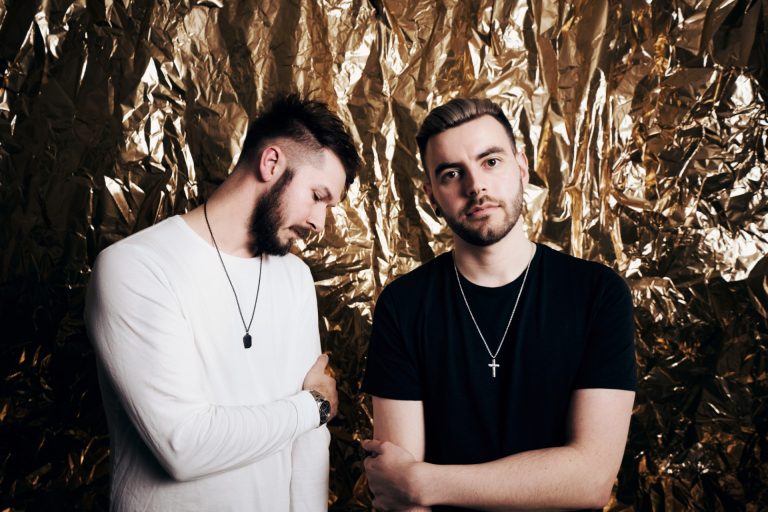 In September of last year, rising alt-poppers, STAY GLDN, introduced themselves to the world with their debut single ‘Bloom’. It was a song that showcased the duos beautiful vocal range, and an innate ability to tell personal stories within their lyrics. Now, they’re back with their sophomore single ‘Dead Ends, Fake Friends’, building upon their idiosyncratic pop aesthetic, transferring their nostalgic tale through dream pop charged soundscapes. It’s a release that very much shows the band manoeuvring in their own lane, embracing their creative freedom.

On their latest single, STAY GLDN states: “‘Dead Ends Fake Friends’ is a bittersweet track about growing up in a small town with no prospects, not feeling like you belong, yet it still shapes the very person you are today. Even when you have moved away from your hometown those old memories come back to haunt you and affect your ability to build new relationships. The video for this record sees us driving around our hometown in an 80s inspired short film. The track is drenched in deep soundscapes, driving beats, luscious harmonies and catchy melodic hooks.”

‘Dead Ends, Fake Friends’ is accompanied by a lo-fi, nostalgic music video that gives true road trip vibes. Leaving no detail amiss, the song is even triggered by inserting a cassette, embracing the 80s in true fashion. Above all, the video subtly showcases the tight bond shared between the band members, whilst they drive down memory lane. Having spent years behind the scenes in the music industry, curating playlists, and charting tracks on BBC Radio 1, 1Xtra, Kiss FM, Triple J and ARIA charts, it’s now time for the artists to excel at the forefront. ‘Dead Ends, Fake Friends’ undoubtedly showcases a band with endless potential, who are set for a bright future.