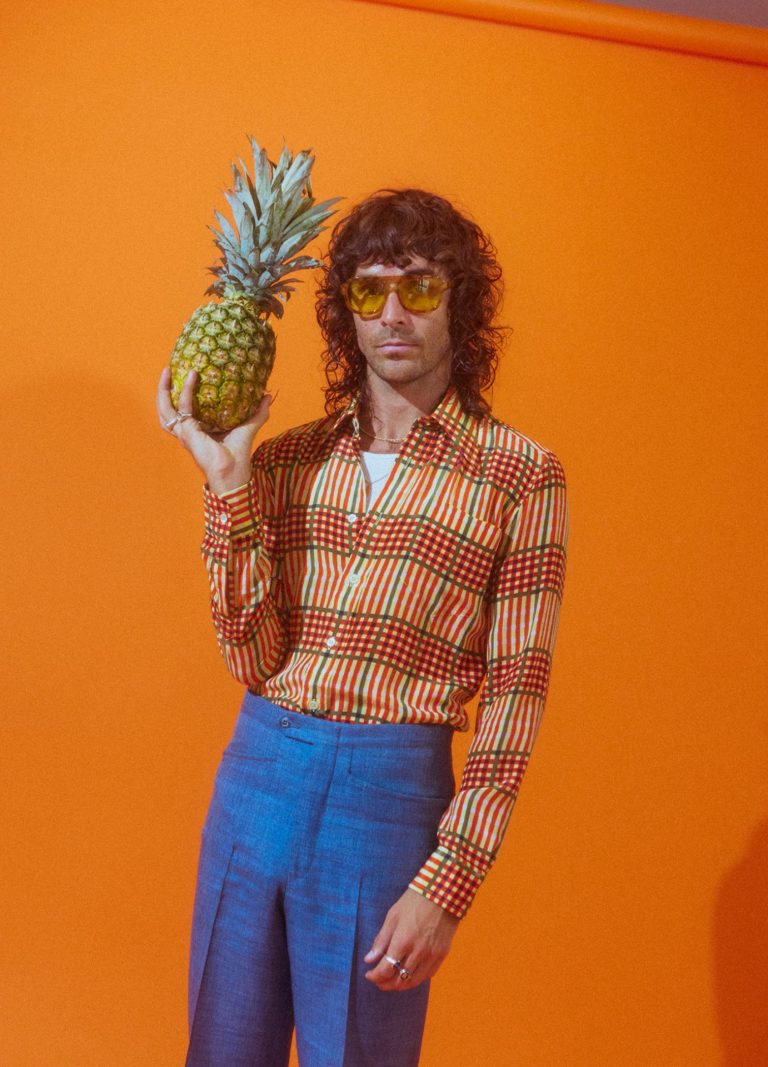 Sunshine Boysclub Invites You To The ‘Hut On The Hill’

American singer-songwriter, Sam Martin, has made a name for himself as a prolific lyricist over the years, most notably as the lead singer of the indie-pop outfit Youngblood Hawke. Now the artist embarks on a solo adventure under the moniker ‘Sunshine Boysclub’, a project where Martin can be unapologetically himself. With the release of his debut album Hut On The Hill, we see an artist who’s refreshingly honest about his own struggles with mental health, often appearing vulnerable throughout. Hut On The Hill manages to jump between many emotions, at points uplifting, and at points incredibly raw, but the album in itself served as an escape for the artist who found solitude in songwriting, ultimately allowing him to escape his constant battle with depression.

Despite the album’s introspective nature, the production delves into psychedelic pop, which at points is completely euphoric. It’s a release that shows the artists truly unique nature and reinforces the potential of this project. Totally capable of capturing the hearts and minds of anyone delving into the album, Martin appears as an eccentric and rather loveable character. Coinciding with the release of Hut On The Hill, we caught up with Sunshine Boysclub to learn all about his creative process, the challenges of solo artistry and the power of talking honestly about personal issues.

How did your creative path lead you into the music industry?

I started a band my freshman year of college in Colorado and after playing every hole in the wall venue, ski-bar and house party we decided to move to LA. That was my first experience with the “music industry.” You know, playing every venue we could in the hopes that the President of Big Time records was in the crowd!  That was the beginning.

You’ve delved into multiple musical projects, how does Sunshine Boysclub sonically differ from what you’ve done in the past?

Space. Sonically I wanted to keep these songs simple and spacious. I wanted the vocal melodies to be strong enough that I wouldn’t have to rely on too many instruments or parts to hold them up.

– Sunshine Boysclub is the first time you’ve delved into solo artistry, how have you found the experience?

An amazing challenge! There were definitely moments that I wish I had someone next to me helping me out when I got stuck on a transition or a melody, but I think writing alone made me a better songwriter by forcing me to the find solutions on my own.  Lyrically I found it freeing. It gave me the space to be vulnerable and extremely honest. I love collaboration but sometimes the truth of what you’re trying to express can get lost in compromise.

You’ve just released your debut album Hut On The Hill, what was the inspiration behind it?

The album is a moment in time, a reflection of where I’ve been the last few years. The songs are me working through the past, my struggles, my achievements, my relationships with others and with myself. It was inspired by personal experiences and what I’ve learned from them.

Is there a particular song on the album that means something special to you?

If I had to pick one song, I guess I would say “Patience.” It was the first time I was able to directly address my experience with depression in a way that didn’t feel contrived or sad.  I was able to be honest in an objective way, almost as if I was stepping outside of my own life and looking down on myself as a character in some weird novel. The song opened a door for me and made it easier for me to talk about the painful parts of my life from a different perspective.

The album is an emotional rollercoaster that sees you juxtapose feel good psychedelic pop sounds with sincere, personal lyricism. Is this your way of showing your true self to your listeners?

I’m terrible at writing imaginary, fictional songs. I enjoy writing about things I’ve personally experienced, it makes the songwriting process more meaningful to me. I really can’t write any other way. I’m naturally inclined to reveal my true self in my music because it’s all I really know how to do.

You’ve noted how this project has allowed you to be refreshingly honest about your mental health, is this something that drives your songwriting?

Every aspect of my life creeps into my songs. I’ve struggled on and off with my mental health and working through that with songwriting is very cathartic for me.  I used to shy away from writing songs about that, but I don’t really care anymore.  It’s a part of my life.

The album’s release is also accompanied by a music video for ‘Right Out The Window’, what’s the visual story behind this?

Unlike my other videos, I wanted this video to be shockingly simple.  I ride a down a comically long hill singing the song on a shitty bike. The giant hill I ride down is the hill my studio looks up at, so I stared at this hill everyday while writing the album. Also, who doesn’t love bikes?

You’ve owned a truly unique and rather nostalgic image that draws on the 70s, how did this come about? What effect do you think this has on Sunshine Boysclub?

Sunshine Boysclub is reflective of my personal style. I’ve been in projects where it’s been, you know, put on your tank tops boys, we have to be a beach band kind of thing. But this project is authentically me. I dress the same way I do running to the grocery store as I do for a photo shoot. That was the whole point of starting something on my own, so it could be authentically me in every way without having to fit into a certain mould or look.

More music! More music videos! I’m just trying to stay creative as possible and continue to challenge and push myself to become a better songwriter.