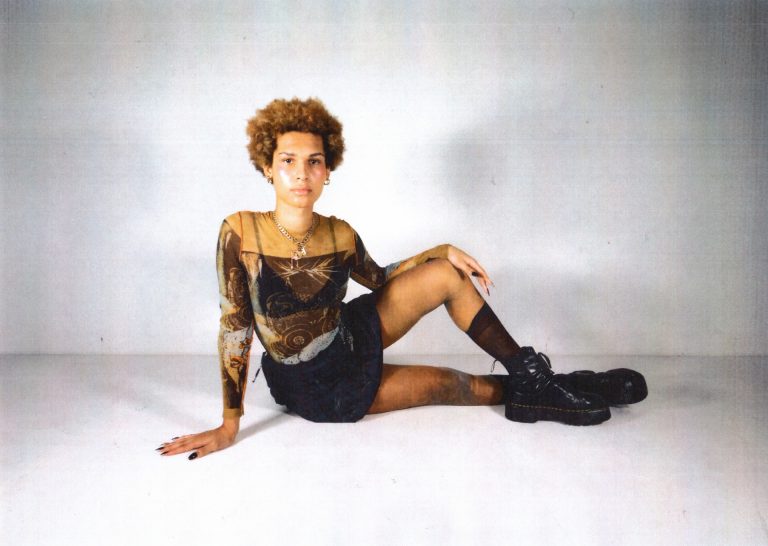 Alternative electronic producer TAAHLIAH has just released hyper-trap clamour ‘Never Lose’ featuring Spent via untitled (recs). It’s a single that attacks historic gender labels, as we see the artist rap in the opening line: “You wish you had this side of me. No fucks about your binary’s, no fucks with how it used to be.” It also takes us on a journey through the eyes of a non-binary artist in Spent, and a trans artist in TAAHLIAH, who go against the status quo and instead are trying to open the eyes of listeners across the world to modern day gender issues.

Born and bred in Glasgow, TAAHLIAH’s music resonates with the late SOPHIE’s, whom the artist not only shared a hometown, but also a stage a few years back. The same bass heavy, aggressive production we so often saw within ‘Faceshopping’ and ‘Ponyboy’ is seen here on ‘Never Lose’. It’s futuristic and pulls no punches and you really get the impression that TAAHLIAH is determined to use their platform to push for change.

‘Never Lose’ is at times tongue-in-cheek thanks to Spent’s playful vocal delivery, with lines such as ‘I could make you cry if you let me’ but throughout there’s a constant message of awareness. It gives us an insight into young trans adults lives and the dangers that comes from transphobia and its violent manifestations, with the song’s darker lines such as: ‘some of my friends died for this’ highlighting this.

TAAHLIAH is the first black trans artist to be nominated at the Scottish Alternative Music Awards and has already shared the stage with likes of LSDXOXO, A.G Cook and 100 Gecs. The artists debut single ‘Brave’ arrived in February and gained immediate attention, it was yet another personal track that spoke about the artist coming to terms with her transness. TAAHLIAH is a beacon of light for the LGBTQIA+ community.

The artists latest single serves as a prelude to her debut EP ‘Angelica’ out May 28th via Untitled records. It’s a highly anticipated release with many wondering how the artist will collate these unique productions into a full-length collection. It tops off a promising 2021, with TAAHLIAH set to play Riverside Festival in Glasgow this September alongside Jamie XX, Amelie Lens, Eclair Fifi & Ben UFO. I’m sure it’s going to be a huge year for the artist.

You can listen to TAAHLIAH’s latest single ‘Never Lose’ featuring Spent below.