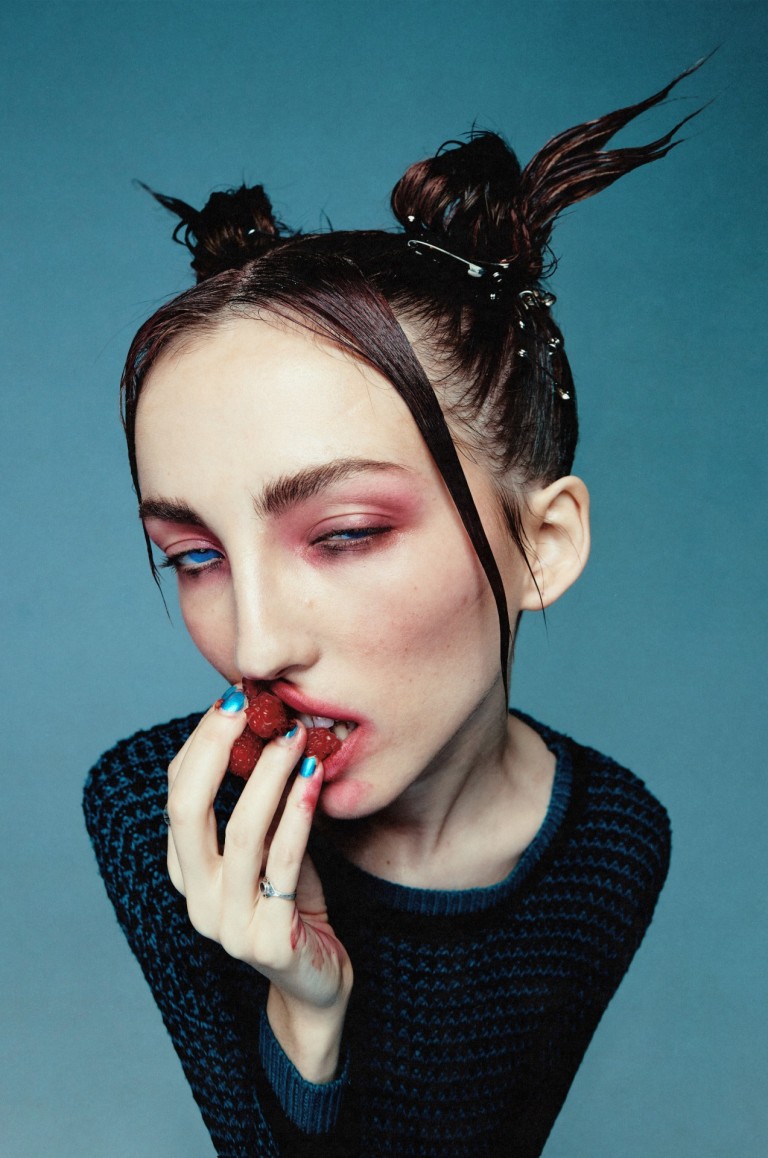 The Emotive Artistry of Sophia Bel

It often feels impossible to overstate the impact the pandemic has had on our lives, for Montreal-based singer-songwriter, Sophia Bel, it was a period that gave birth to the creation of her debut LP, and a total rethink of how she approached her artistry. That project was recently launched in the form of Anxious Avoidant, a collection of 11 tracks which shows the artist at her most personal and vulnerable to date. Placing a key focus on life experiences and relationships Sophia had endured in recent years, the experience served as a therapeutic one, helping her to overcome fears of abandonment, and a level of dependency from others.

The album signals a notable move away from previous releases, where the artist wasn’t quite so comfortable being transparent, instead favouring a more elusive approach to songwriting. For fans of Sophia, it offers an opportunity to connect further to the person behind the music, with the message portrayed that it’s okay to be honest, and to hone who you truly are. Sonically, it’s a nostalgic venture down memory lane, showcasing a pop-punk style reminiscent of the noughties. ‘You’re Not Real, You’re Just A Ghost’ and ‘2AM (And I Did It Again)’ are both great examples of how Sophia merges stripped back, guitar led production with an emotive storyline, that makes the listener move uncontrollably, and yet think at the same time.

Anxious Avoidant immediately caught our attention and we had to learn more about the album. Below we chat to Sophia about the influences behind her sound, the project’s creative process, and the incredible power of opening your emotions to the world.

Hey Sophia! Congrats on the release of Anxious Avoidant! How long have you been making music? Was it always your dream to turn such a passion into a career?

I have been singing and dreaming of having a career as a singer for as long as I can remember. When I was 5 years old, I would listen to Britney Spears’ album “Oops, I did it again” over and over again and I would sing along with it. I started keeping diaries as soon as I learned how to write, and I started creating songs with my poetry when I learned to play piano and guitar as a teenager. It was always a form of therapy for me, it helped me externalize my angst.

You own a rather pop-punk aesthetic, how did this style originate?

I was always drawn to this aesthetic as a kid and teen. I remember seeing older girls wearing black eyeliner and studded belts and I was too embarrassed to ask my mom if we could go buy makeup. I think I was drawn to pop-punk and emo music for its vulnerability and angst. I felt like a loner, and I didn’t feel that I fit in anywhere in my direct surroundings. When I listened to bands like Fall Out Boy, I felt like I could relate.

You’ve just released your debut LP, Anxious Avoidant, what was the inspiration behind it?

Anxious Avoidant is a collection of emotions and introspections that materialized themselves through my life experiences, mostly as I navigated relationships in the last couple of years. I did a great deal of inner work when it comes to being vulnerable and affirming myself. It was a very therapeutic album for me to write, it helped me sort out my feelings of codependency, my fear of abandonment and my patterns of people pleasing and victimization.

How different was your creative approach in putting together an album compared to previously releasing singles and EP’s?

With this album, I returned to my songwriting roots, which involved only my guitar, a notebook, and a pen. I think that in my process of learning to love myself and forgive my inner child it came naturally for me, because I had no interest in rejecting that part of my identity anymore. It was such a dream and a blessing to have the opportunity to bring all of my voice memo song skeletons to a studio in the country with very talented musicians and record almost the whole thing in one week with the synergy of playing together. The songs really came to life in an isolated little bubble of creativity, and I think that is why we feel such a world opening up when listening to the album.

There’s a strong sense of nostalgia that resonates across the album, is this a theme that’s always fueled your artistry?

Yes, as a brooding emo at heart, I have always had a thing for holding on to the past, often to my detriment. Lately I have been working on my ability to let go and be mindfully in the present moment.

Lyrically Anxious Avoidant is deeply introspective, often resonating a personal diary that portrays an honest reflection of young love. Was it always your intention to deliver such an introspective storyline?

I think that the inner work that I was doing in parallel was infusing into my artistic process. My desire to stop being closed off and avoidant ignited in me an explosion of transparency. In the past, I tried to make my songs a little bit more mysterious, elusive, sexy, and cool. I was looking for validation and I didn’t think that being vulnerable was appropriate. I was terrified of giving anyone a glimpse into my personal thoughts and insecurities. I never would have wanted any boy that I dated to think that I might have written a song about them. With Anxious Avoidant, I didn’t want to think about that. I was writing the songs for myself. I figured that if I eventually had been too scared to share them with the world, I didn’t have to. I just let the songs be as honest as they were meant to be.

Is there a message you hope the release conveys to your listeners?

It’s okay to be vulnerable and honest. If someone can’t handle it, it’s not about you.

‘All Fucking Weekend’ is accompanied by a music video that perfectly translates the albums overall message, where you even appear as a Sim at points. What was the key influence behind these visuals?

The scenario was thought out by a great director, her name is Caraz. We first met up for coffee and we had a talk about many things, from personal development to astrology to playing The Sims as kids. She really captured the essence of the song and the story that it is telling. We also had a lot of fun creating the visual direction, taking inspiration for the fairy grunge aesthetic.

What can we expect from you throughout the rest of 2022?

Right now I am rehearsing for my launches that will take place in Toronto, Quebec City and Montreal during the month of May. I am super excited to play the album live. I also have some exciting shows coming up over the summer and fall. I am very excited to play at Osheaga for the first time!