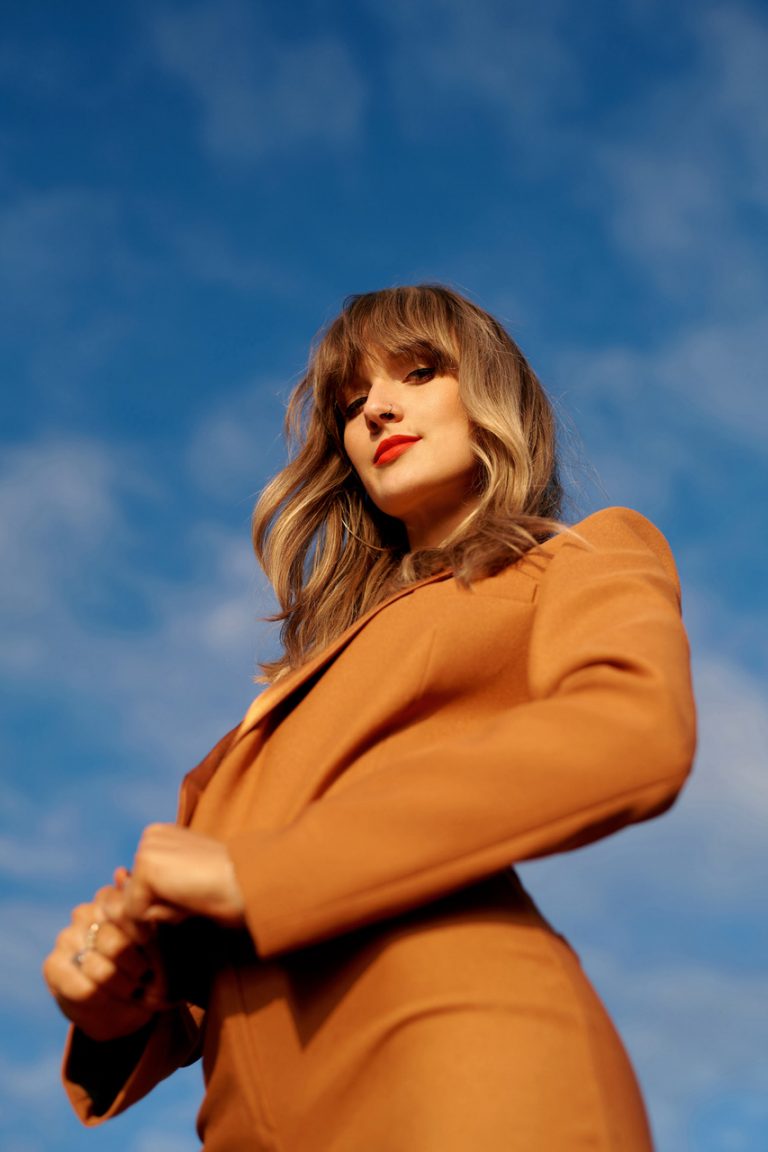 The First Chapter Of Duologies By Gretta Ray

“Storytelling and lyrics are at the very forefront of my project, and I wanted to find an interesting way to further spotlight those things,” says Gretta Ray as a response to her releasing music in pairs. Maybe an innovative concept for other artists, but it is familiar territory for this Melbourne-based singer/songwriter.

‘Bigger Than Me/Readymade’ is the first one in a series of ‘Duologies’ lined up for release through 2021. Besides explaining how are these two songs joined in theme but creatively distinct, Gretta Ray takes us through her journey and what’s to come.

I’m currently based in Melbourne in Australia.

Were you into music when growing up?

Absolutely! I was surrounded by it constantly. My parents were always playing amazing records in the house, my extended family was very musical, we went to a lot of gigs… there was always singing around me, all the time.

I started recording my songs professionally when I was around 15 years old. I worked with a producer named Josh Barber on my earlier work. We instantly got on so well, and made a lot of songs together that I’m still so proud of. In April 2016, just before he moved to Nashville for a time, I brought him a song that I had just finished writing called Drive. We finished up recording/producing that song with Jonathan Dreyfus in between Nashville and Melbourne, and once it was out in the world, things took off from there.

My experiences, my relationships, great books, great conversations with people… other writers and producers that I deeply admire, the list is endless! But those are some of the main inspirations.

What was your debut project inspired by?

Well, my debut project was actually an EP called Elsewhere that I made with Josh, but the Here and Now EP served as a direct follow up in a sense. The songs that make up that EP were all songs that I had written right when I was in the thick of the situations/feelings that I was writing about. For example, the opening song When We’re In Fitzroy was written about being wrapped up in the honeymoon phase of a relationship, which I was very much in at the time that we completed the song. Same with Radio Silence – I was experiencing all of those feelings right there and then. So, I guess being entirely present, and doing all that I could to capture that was what inspired that particular project.

Why did you decide to release your music in pairs?

I really wanted to release my new music in a way that allowed me to tell the stories behind the songs to my audience in depth. Storytelling and lyrics are at the very forefront of my project, and I wanted to find an interesting way to further spotlight those things.

What are the stories behind ‘Bigger Than Me’ and ‘Readymade’?

Bigger Than Me is a song about celebrating your relationship with creativity, and wanting to make your love for it known by everyone. It’s a bold statement, and I wanted the production to amplify that; to me, it feels quite anthemic for a pop song. Readymade on the other hand could be interpreted as a love song to a love term partner, but in my case, I’m writing about my private relationship with creativity, and how I feel like it is always my safe place to fall at the end of the day. So, essentially both tracks are saying a similar thing, but approaching it from differing perspectives.

What is the concept behind the music video for ‘Bigger Than Me’?

When collaborating with Josh Harris for the music video, we both wanted to find a way to showcase the messaging of the song through the direction of the clip. I really wanted to hone in on the collaborative element of creativity; I was a part of various vocal groups, dance classes and choirs while I was growing up, and have co-written all of my new music. The notion of learning from and being inspired by other creatives is something that is very close to home for me and essentially, the music video is a whole metaphor for this. The extras are all builders, working away at a project in the warehouse, and then when I step into the space, I immediately vibe with their energy and we start working/dancing together to create something as a team. I am so overjoyed with how the clip came together, and how happy everyone in it looks! It was an incredible day on set.

What else can we expect from ‘Duologies’?

You can expect a lot more story telling, many more songs with very lush production, you can expect a bit of drama here and there… and you can expect to things to get a lot more autobiographical, I think it’s safe to say. Duology One is of course quite personal, but the other Duologies I interpret to be a bit more vulnerable. I can’t wait to continue this campaign.