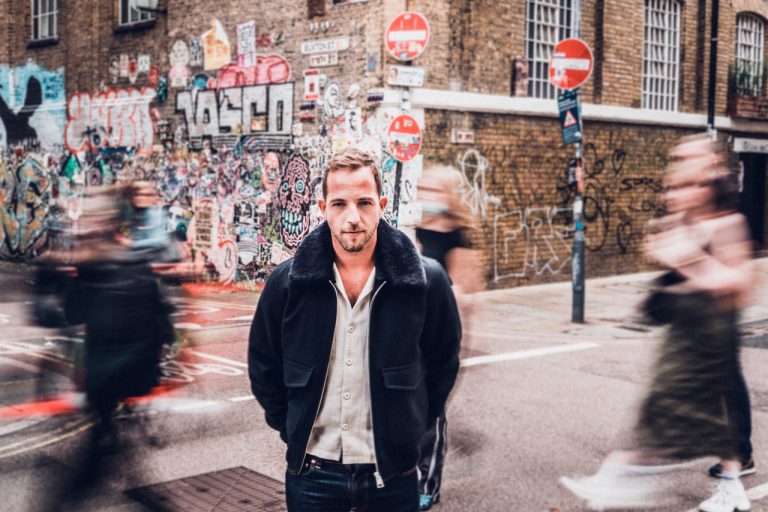 The Lasting Legacy of James Morrison

An artist with over 15 years in the industry needs no introduction, especially one who truly encapsulates the British singer-songwriter empire that built itself tall in the early 2000s.

James Morrison commanded the attention of airwaves with countless Top 10 singles such as “You Give Me Something”, “Broken Strings” and “I Won’t Let Go,” along with scoring the #1, five-time platinum album ‘Undiscovered’ – not bad for his debut era.

With accolades stacked this high, it comes as a surprise that Morrison has waited until now to release his ‘Greatest Hits’ record. In some remarks, it feels quite overdue, I mean, the aforementioned milestones speak for themselves. Albeit on discovering that this is no ordinary greatest hits album, and in fact consists of ‘refreshed’ versions of each of Morrison’s classic hits, you realise now has never been a more perfect opportunity for the artist to give his renowned hits a modern-day twist.

“I can’t really quite believe I’m having my own come out”, Morrison reflects, moments from the release of his newly reworked greatest hits collection. “I’ve been doing this a while now and feel like I’ve put the work in and done it for the right reasons… so I feel blessed to be at this point in my career”.

He hints at how the music industry has gotten marginally tougher to crack, and that the prospect of a greatest hits record had he debuted in more recent years would seem a lot less attainable. “The business has always been cutthroat but nowadays I think it’s a lot worse and it’s definitely harder to make it now as a new artist and to get support”.

It was at the age of just 21 when Morrison began to take music seriously, in an era where social media wasn’t even considered as a tool to excel in his career. “There is a big mental health element that comes with the pressure of having to use social media”, he considers. “You have to give a lot more of yourself to sell your music and that takes its toll”.

Stepping into the limelight at such an early age has meant experiencing so much in his intervening years, from long-term relationships, children, the loss of family and friends, and not forgetting the monumental career highs along the way; all of which have inspired him – sometimes directly, others subliminally – to interpret his original lyrics in new ways.

“I’m not trying to reinvent myself”, he says. “…but just trimming off some of the fat! I wanted to record the songs in the way we play them live with the band. To re-stamp me to where I am now in my life”. It’s vital to acknowledge that a handful of these tracks were recorded almost 15 years ago, and to be paired with them for all this time would almost definitely prompt a desire to alter the sound, even subtly to give them an enhanced polish.

Collaborating with long-term producer Mark Taylor for the album, Morrison admits he continues to enter the studio a little apprehensive, even with over a decade’s experience to hand. “I was nervous but I like the opportunity to try some stuff and to see what happens. It was a good feeling to hear and play tracks that I wrote when I was really young, and still feel emotion and pride for those early songs”. Those ‘early songs’ are ones that have earned the artist a BRIT award win for ‘Best Male Solo Artist’ alongside a nomination for ‘British Single of the Year’ with “You Give Me Something”.

Has being awarded with such accolades prompted a sense of caution going into these sessions? “Not at all”, he expresses. “The original versions will always be there and some people will always love those versions, as do I in a nostalgic way, but, because I wrote them and I can access my emotions easily, it wasn’t hard to bring some new sprinkles of magic to those songs and feel excited that I have given them a tweak”.

The refreshed takes on Morrison’s well-known classics have truly given these tracks a new heartbeat to live on. “Broken Strings” has been handed a sombre twist, whilst breakthrough hit “You Give Me Something” has taken on a more nuanced live feel, both within the music

and with his huskier, aged tone. We experience hits of gospel-tinged spirit in “I Won’t Let You Go”, and extract “You Make It Real” sees Morrison excel as a distinguished singer-songwriter, channelling both the ups and downs that come attached to long-term relationships.

“I feel like they have a naivety about them but also a strident feeling; vulnerable yet strong. I’m proud to be me now. I wasn’t before when I made those songs”.

In addition to the revitalised singles, fans will be pleased to hear that Morrison’s ‘Greatest Hits’ comes accompanied with two brand new tracks, the gutsy “Who’s Gonna Love Me Now?” and “Don’t Mess With Love”, both written and recorded from his in-home studio.

“Who’s Gonna Love You Now” oozes with pulsating rhythms and comes equipped with a party-esque visual; a concept quite unfamiliar compared to Morrison’s signature sound and image. “I’ve always wanted to have a foot on the dance floor and had never written anything with a ‘drop’ before”, he acknowledges that his forte up until now laid more on the mellow side. “I have a friend who loves dance music and I wanted to write a tune he would like. We wrote it in my home studio and it came quite quickly and it just felt strong. I like it for the performance aspect – to just smash the vocal and have a sick drop with a fat beat like Prodigy”. These vibrant new sonics are not to be missed at Morrison’s forthcoming tour–consisting of a colossal 23 dates–set to kick off in the Spring. “My show is a good party. It just keeps getting better and I have a great band and a good team of people who help me put a sick show together. They are like my second family, so make sure you come join us”. Count us in!