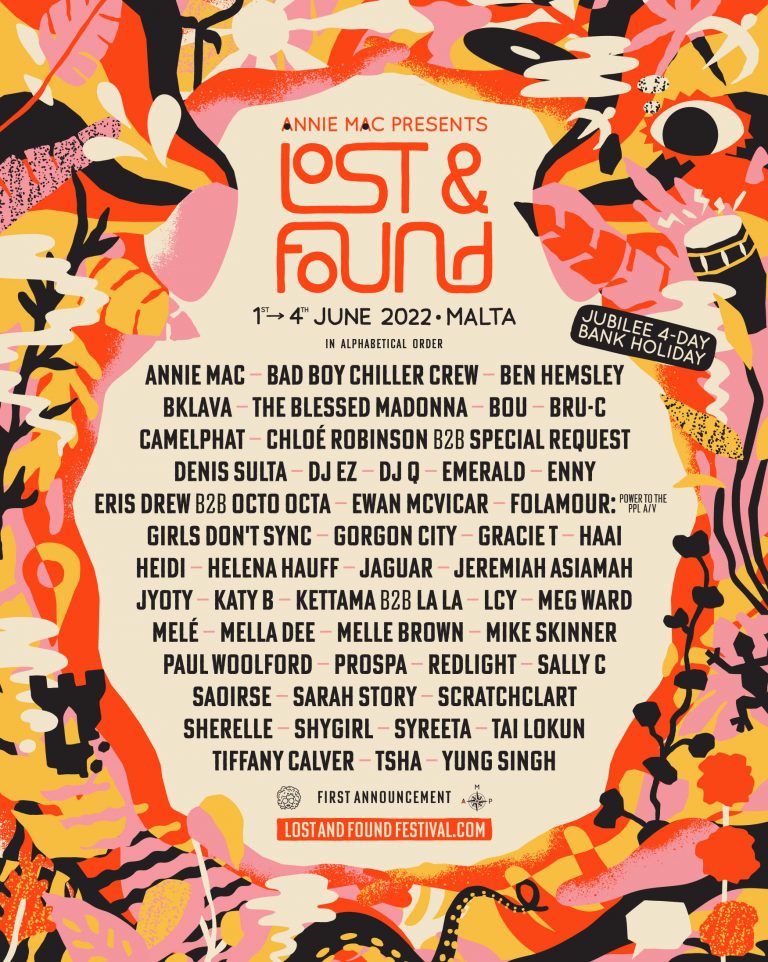 The first acts for Malta’s leading music festival AMP Lost & Found have been announced, with Camelphat, The Blessed Madonna, Scratchclart and more confirmed to join curator Annie Mac for the 2022 edition. After three years out, AMP Lost & Found is poised for its biggest and most ambitious edition to date.

Returning after a Covid-induced hiatus, the sixth edition of the festival will take place in Malta from 1st-4th June, shifting from its usual dates at the beginning of May to run across the UK’s Jubilee Weekend, a time of year that sees average highs of 28 degrees on the island. It boasts four days and four nights of distinguished Lost & Found parties made up of exceptional stage productions and sound systems. With performances set to take place across grand historical sites and remarkable open-air venues on the stunning Mediterranean island, audiences can expect a unique castle rave, electrifying beach, boat, and pool parties, plus a world-class nighttime site.

Expressing her feelings about the festival’s return, Annie Mac shares, “I am beyond thrilled to have Lost & Found return for its sixth year and am so excited about the guests, both familiar and new to Lost & Found, who will be joining me for 4 days & nights of incredible party energy. There is always a special family vibe and sense of togetherness across the festival that I cannot wait to revive.”

Becoming something of an institution on the island, AMP Lost & Found is hugely responsible for Malta’s rise in popularity as a music destination and now signals the start of summer. Putting a real focus on good vibes with a community feel, the event has become much-loved by the artists who attend and provides lifelong memories for those looking for adventure, affordability and a top-notch soundtrack spanning the spectrum of electronic and grime & UK hip hop. Offering the chance to party beneath the stars and neon lights, the island experiences 300 days of Sun and is steeped in history too, with ancient temples, fossil-studded cliffs, hidden coves and many more experiences to discover.

Get your tickets and find more information on lostandfoundfestival.com