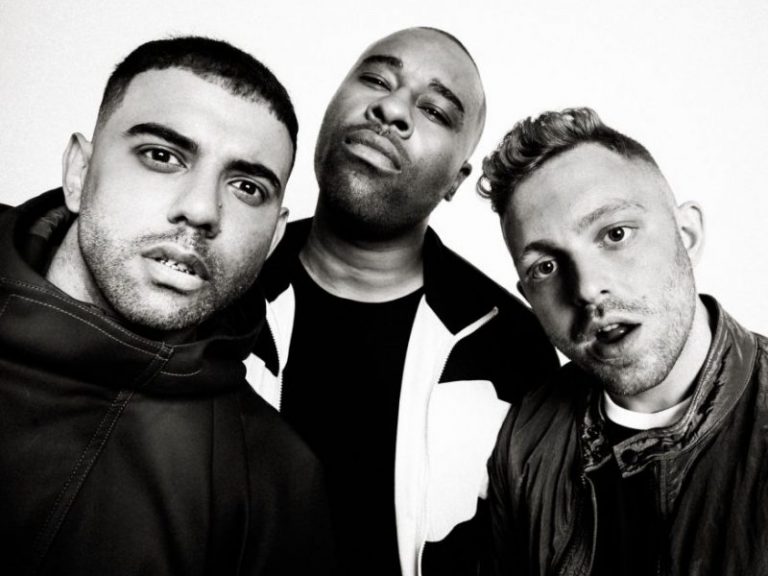 The Manor | 5 MINUTES WITH

The Manor are a south London three-piece that create a genre of music somewhere in-between grime and British hip hop. Consisting of three lads, Danny Graft, Scotty Stacks, and Jonny Dutch, The Manor began their journey by performing in small local clubs and pubs. From their first release that came out in 2011, titled ‘Welcome to the Manor’, the band has grown individually in their styles and as a group. They have performed at various festivals including Leeds festival, Wireless and Rize, but also played a huge set in Ibiza rocks showing that they can create some incredible scenes with their music.

How did ‘The Manor’ actually start, what made you come together?

We’re all from south east and went the mixed college of the all girls secondary school, Langley girls. We come together when we used to bunk our lessons and go for a blaze up down the lane. Started spitting back to back over roadside g’s instrumentals and realised we had a shared passion for music, boozing & bunk ups.

Did you all have different musical influences growing up?

We’re all pretty eclectic but Stacks was a big UK garage man, Dutch is the king of soul/funk & Graft loves his indie & deep house.

Who are 3 rappers inspiring you right now?

Octavian, Slow Thai & Jimothy Lacoste. All very different but the one thing they got in common is they’re honest and do themselves, which is why they all got such unique sounds.

How did you decide on the name ‘The Manor’?

We spent a night in Grafts kitchen stoned brainstorming every dumb idea under the sun, from ‘The College’ , which was Dutch trying to bring a mature look to us, to Graft’s ‘10 Mayfair’, because he love’s snout. We settled with Scotty’s ‘The Manor’ because we wanted to put our area on the map.

With the recently released Summer Anthem ‘Ibiza’ out, can you tell us what influences there were behind this track?

Basically going Ibiza for the last 10 summers!!! We made a song called Ibiza Uncovered a few years back, and it went off so well at festivals we thought we’d give it a follow up, this time with an ode to a Bob Marley hook that spawned an Ibiza classic, ‘The Sun Is Shining’.

What’s the most exciting or exhilarating part about the process when putting together a new track?

Probably when ya wrap a track and bang it out in the motor on the way home from studio, having at look at pedestrians bobbing their head to it or looking round like ‘what is this bollox?’. Equally, when you bang it out a pre-drink and catch your boys off guard

What’s the most exciting or exhilarating part about the process when putting together a new track?

Dutch is definitely the melody man, he can write a hook to a strong breeze! Scotty is a scientist when it comes to flows & Graft has always got a line when someone’s in trouble! So between us we got it covered

You’ve performed at various festivals and events such as Reading, Leeds, Wireless and more, what’s given you the biggest buzz so far? Do you have any good festival stories?

Last month we did the opening of Leeds Festival, to 20,000 people at the Relentless Stage. Not only was it our biggest crowd, it was the craziest set and reaction we’ve ever had, culminating with Graft getting in the mosh to an encore of ‘Kaiser Chiefs -I Predict A Riot’! However, the gas from the show meant Graft swerved our lift home and spent £300 getting back to London in the early hours of the next morning.

When you aren’t in the studio or performing, what do you all like to do in your spare time?

Stacks spends most of his free time running his portfolio of other businesses, from Medicinal Packaging to his vegan street food restaurant, Tiger Bites. Dutch is either crate digging for old disco tunes or inventing new request a bets. And Graft is either walking his dog or in his local, La Rascasse.

What are your aspirations or do you have any dream goals for the band?

We take it year by year. The plan for 2019 is to play main-stage at Glastonbury, sell out Brixton Academy, and take our night, The Sesh, back to our place of birth, Ibiza.