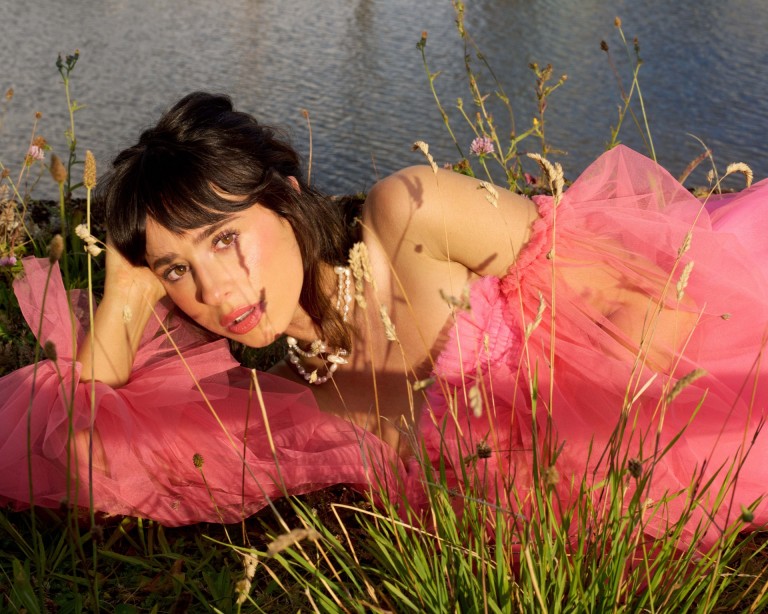 The Reawakening Of Foxes

“Take six years off” wasn’t quite in popstar Foxes aka Louisa Rose Allen’s itinerary moments after releasing her sophomore record ‘All I Need’ in 2016. The unforeseen break did, however, allow Louisa to take a step back from the industry and analyse her next steps… This involved the decision to part ways with her major label, completely spruce up the team around her and experiment with soundscapes to uncover what matched her current state of mind.

Diverting away from the ‘Tumblr Pop’ tag which offered her a platform in the early 2010s, Foxes learnt to command a dancefloor in her ‘Friends In The Corner’ EP; a mid-point in her hiatus which birthed the widely adored ‘Love Not Loving You’ and the intricately knitted ‘Kathleen’. Piece by piece she was finding her sound, not quite ready to completely dive back in. That was, until, right now.

“I look back and I sort of think, maybe I could have kept going?”, she weighs in on her extended break from the spotlight. “But I think where I am now, it’s the best thing I could have done as it allowed me to realign where I wanted to go with music”. Now signed to PIAS Recordings, the freedom allowed Foxes to examine her artistry with a fine-tooth comb, from who she wanted to collaborate with to what she was going to write about next; “in the end, it was more just remembering why I loved it back when I was writing in a bedroom”.

Trialling with sonics through the course of the EP led to rediscovery as Foxes began from scratch and explored untrodden grounds. “I think the biggest challenge was being a lot more open. I wanted to challenge myself in terms of subject matters and I definitely wanted to stop writing about heartbreak if I could”. Famous last words from a popstar, albeit successfully pulled off in the form of 8 introspective jewels making up the EP.

Then approaches ‘The Kick’, Foxes third studio album – a glossy elation of glorious dancefloor pop. Launching the artist into a new realm, the nerves ‘kicked’ in almost immediately. “You sort of have this panic before an album comes out”, she says. “It’s almost like you’ve just lost your diary and everyone’s about to read it”. Album-led ‘Sister Ray’ written with Ghost Culture propelled Foxes into a glimmering disco light, and follow-up tracks ‘Absolute’ and ‘Sky Love’ only solidified her knack for producing compelling pop hooks. It took a moment to fully fruition, but Foxes’ new sound was something she knew the world in its current climate needed.

“Lots of people were alone during the lockdown. We weren’t able to go out, celebrate and connect and that’s what human beings do. We’re supposed to connect. My way of feeling like there was going to be some hope for us all to connect again was by writing a record that felt like a huge release of energy”.

Confessing that “people would be crying if the music matched the lyrical content” on the record, Foxes masked delicate themes with overlays of eclectic and animalistic soundscapes in an attempt to lighten the mood. And it worked. This has been Foxes’ songwriting mechanism since the beginning, particularly in debut single ‘Youth’ – an encapsulation of one’s growing pains, veiled by a blanket of breathy synth.

“I used to say that I would need to have an emotional car crash in order to release how I was feeling through writing”, she opens up about the imaginative inner-workings of her mind and how visuals and colours played a huge factor into the making of ‘The Kick’. “I have a song called Too Much Colour on this new record which actually talks about this a lot, I think it sums up how I write and it was almost going to be the title track of the album”.

Stripping away from the jubilant atmosphere of the record, Foxes outlines that a fair portion of ‘The Kick’ was initially ballad-led. “‘Forgive Yourself’ started very differently”, she explains. “We give ourselves such hard times as human beings and usually it’s just in our heads. I had this feeling one day of thinking, we don’t give other people that much of a hard time as we usually do ourselves, so why can’t we just go easier on ourselves? It’s a celebration to forgive yourself and we should embrace that”.

Conversation turns to the collaborative side of the record, all of which naturally took place over Zoom. Foxes explains how producer Roosevelt was brought in to glossify the already written ‘Sky Love’, painting the track with an 80s disco varnish, whilst long-term pal Ghost Writer (responsible for the refined contents of ‘Glorious’) reunited with Foxes so the pair could make magic once again.

Taking this project on the road with her was a triumph in itself, having postponed the shows due to a Covid breakout in the camp. As isolation struck this allowed Foxes extra time to finalise the setlist for these comeback gigs, choosing between ‘The Kick’ deep cuts the likes of ‘Potential’ and ‘Two Kinds of Silence’–tracks that Foxes states originated as one singular song before splitting in to two–all the way over to the devoted classics à la ‘Clarity’ & ‘Let Go For Tonight’.

But did she feel like much had changed after 6 years away from the stage? “I mean, so many things”, she pauses. “It was an incredible feeling of taking control back after so long and just being in a room with people and hearing them sing those words back. It’s magic”.

Recognising old faces and reconnecting with those tuned in to the music in 2012 and are still listening in 2022 was something of an otherworldly feeling for the artist, it also sparked a little mania on the road: “On the first night of the tour, in Manchester, there was a mosh pit at one point and I almost jumped into the crowd. That was the level of excitement that I felt after not doing a gig in six years. I just wanted to give the crowd a massive communal hug”.

As curtains drew on these live performances it gave Foxes a moment to reflect on her newfound purpose through music. ‘The Kick’, as lively as it makes out to be, marks a colossal moment in the artist’s career. We see Louisa regain control of her vision and refuse to shy away into the sidelines for a second longer, and for a record that has connection streaming through its veins, we witness Louisa reconnecting with her ‘Foxes’ alias once again, and it’s so refreshing to see.