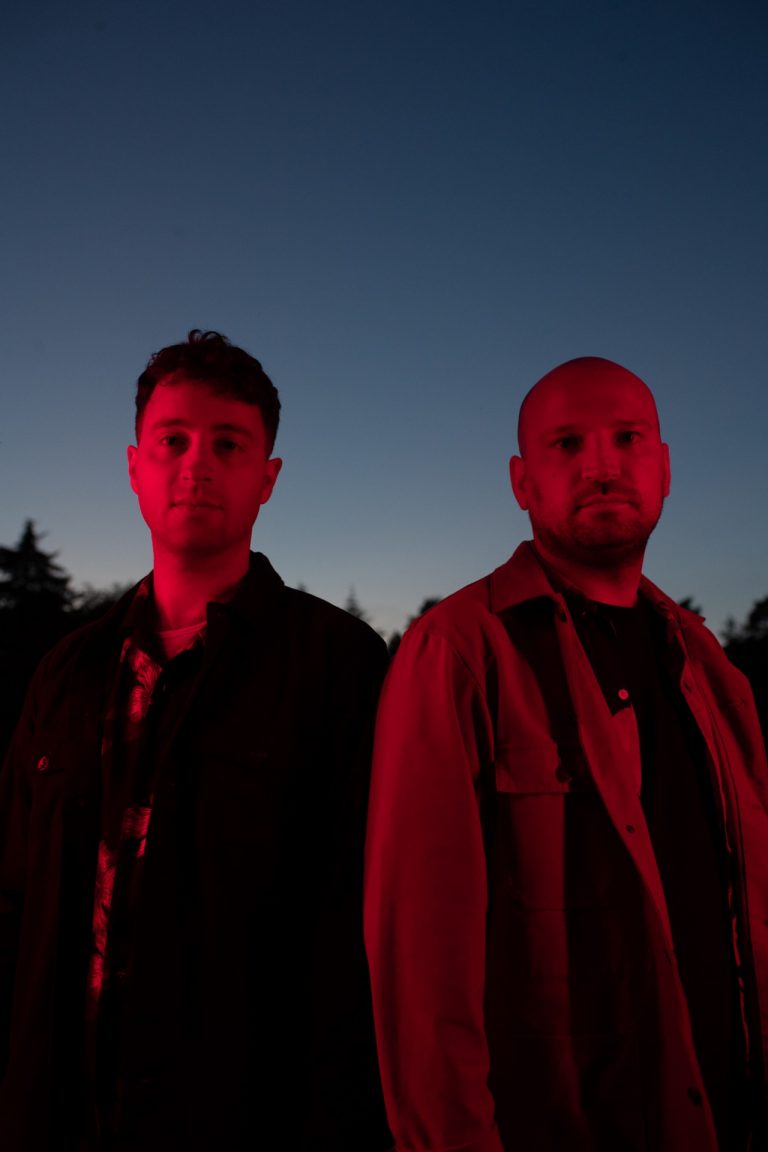 The Story of Child of the Parish

In the spirit of October festivities and creeping spooky season, using the mysteries of 17th Century witchcraft, brother collaboration Child of the Parish share a new single, ‘Forever Is Not Enough’ aligned with visuals provided by the Stranger Things’ graphic artist Pius Bak.

After covid put a huge delay on things, Child of the Parish is finally back in a rehearsing room, picking up where they left off. A collaboration between two brothers, Ben and Tom Vella, Child of the Parish, returns with a new single, ‘Forever Is Not Enough,‘ free from conventional genre expectations.

As soon as the aspect of time became irrelevant, Ben and Tom Vella said goodbye to any inhibitions and discovered a new experimental soundscape. Previous single ‘Midas Touch’ initiated this year’s wave of releases in line with the Child of the Parish comic that follows the story of Jacob Snape, a boy born as a curse to the dark history of his small English village.

Their passion for music stems from their family’s large record collection and growing up in Camden. When Ben’s band split up, he wanted to step away from downtempo melodies and wanted to lean towards more energetic production. He did not have to search for long as his brother Tom had released dance music before. Today, Child of the Parish resists being boxed into one category with house-meets-disco beats, alt-pop production with layered harmonies, and throwback 80s synth-pop nostalgia.

The new single ‘Forever Is Not Enough’ attacks the case of young unrequited love where Ben was inspired by the visuals from the film The Submarine. If you’re a fan of comics, we invite you to our conversation with Child of the Parish, explaining its innovative style of music and visuals by Piu Bak.

Good! All things considered, which is the standard response to that question nowadays – my lateral flows are negative and my petrol tank is currently full, all is right with the world.

What have you been up to recently? Any exciting stories?

The most exciting thing for us is that we’re releasing new music, and we’re finally rehearsing with a full band. We’d just started to approach the live side of the band when covid hit, so it put a huge delay on actually getting it going. But we’re finally in a rehearsal room with some other musicians so it’s really exciting to hear all the things we’ve been planning for the last couple of years come to life.

As two brothers, how did you form Child of The Parish?

I was in a band on a major for several years before child of the parish, with other musicians. We split and me and tom just started sending each other beats and song ideas, we hadn’t been in a band together since we were kids but had both always done music, me more band based and Tom more dance.

Were you always into music?

We come from a very musical family, our grandfather and his brothers were all professional musicians in orchestras, so we were never given a choice about whether we’d like to do music or not! We also grew up in Camden so were always in and around bands and clubbing growing up.

Would you say it is easier to be in a collaborative duo with your brother or harder? What are the advantages and disadvantages?

It does work well, at the moment I can’t think of any disadvantages! Maybe we’re more honest with each other, we don’t need to skate around things as much, but that’s a good thing. In any band you have to learn to take negative feedback from the other members, that’s the point of being in a band, in theory you end up with better songs as you’ve had different heads dissecting and improving them. Although maybe you should ask me once we’ve been in a tour bus together for 3 months..

What do you remember as the first type of music you were exposed to as kids?

Our parents had a great record collection, which our mum would turn into mix tapes for car journeys. She was more into folk stuff like Dylan, Donavan, Simon and Garfunkel, Joni Mitchell etc. Our dad was more into blues, Zeppelin, The Who. And then they both loved the Beatles and The Stones, so it was a solid musical education.

How did you come up with your stage name?

Child of the parish was the name of a really old song of mine. I remembered it and thought I should use it as a new tune, but the more I thought about it the more I liked it as a name. It sounded like an old horror film, and I’d recently moved to a small village so it’s actually the name that formed the whole idea of the project with the comic and everything.

After my old band split I knew I wanted to carry on writing, but that band had been quite downtempo, so I wanted to do something with a bit more energy, and maybe a bit more dance influenced. That’s one of the reasons I decided to get Tom involved, he was DJing at the time and had released dance music on the black butter label. We just started sending each other beats and song ideas, then the whole comic thing developed and came to life on its own really.

What did you want your sound to be like in the beginning vs now?

I think it was a little more disco influenced at first, and now there are a few more guitars and sort of hip hop influenced beats emerging. It’s not a hugely conscious decision, we both just listen to a lot of different styles of music so it’s happened naturally. I’m not sure I’d ever want to nail down a set ‘sound’ for the band we don’t deviate from.

How did lockdown help you develop your sound?

It gave us loads of time to write and experiment. It was really annoying to have all our plans thrown out, and obviously the general fear of the pandemic, but I guess we made the most of it by having all this unforeseen additional time to work on it. The whole EP was written in lockdown, and I think it’s a bit more experimental than it would have been. It’s certainly not influenced in its writing or feel by the pandemic, that would be the last thing I’d want to write about.

What is your new single ‘Forever’s Not Enough’ about?

Forevers not enough is about looking back on unrequited loves you had when you were young, daft things that seemed so serious at the time. I often write to visuals and I was using footage from the film Submarine, which is sort of about that and is very bittersweet, I think that feeling bled into the tune a bit.

As well as your previous single ‘Midas Touch’, how would you describe your new production style?

I think there’s a nice mix of sounds on it, as I said we’ve broadened out from the slightly more disco influenced stuff we were doing – there are more guitars, some more hip hop and electro influences. We’ve taken a bit of a magpie approach and are just going with gut instinct now on everything! It’s definitely more fun that way.

What could we expect from upcoming second EP?

It’s our usual mix of disco, rock, prog, hip hop, electro, RnB, funk and anything else we find down the back of the sofa.

What does your debut EP ‘Make It Better’ encapsulate?

Again it is pretty varied! Make it better itself is quite disco, thread the needles eye goes on a weird journey from sort of disco, into acid house, and then back into prog rock, relic of the past is sort of similar, before the moments gone has more guitars in it. I guess it’s the sound of us experimenting with our vision of what the band is.

How did you and Pius Bak come together professionally?

I found him on the website Behance. It’s a great resource for visual artists to show off what they do and get commissions. I fell in love with his work immediately. I mocked what I wanted for the cover in a terrible collage using photoshop, and kind of used that as a test piece. It came back looking astonishing! I’d got really lucky stumbling across him on a website.

Why did you want to write a graphic novel?

Me and Tom have always loved them, less so the marvel and D.C. stuff, but we grew up loving the original Akira comics, as well as stuff like watchmen, sin city, some of the 2000AD stuff. Generally the darker weirder end of comics.

What is it going to be about? What inspired the storyline?

It’s the back story of the child of the parish, so it goes back to witch trials in the 17th century, and a curse that was put on a small village in modern times. I wrote it with my friend Rich Brown, he had the idea to link it to social media and online gossip, kind of relating actual witch trials to the modern day comparison. It was largely inspired by moving to my little village – there are houses from pre 1500, and some of them had witch bottles buried in walls – hand blown bottles with bones tied up in red string in them to ward of witches. Kind of creepy! But it did get me thinking about the history of the place.

Were you always a visual person?

I’ve always loved working with visual artists on band projects. I’m no artist myself, but it’s a genuine pleasure working with talented artists in other mediums, coming together on something and having the two skillsets compliment each other. I used to love it with the photographers, art directors and video directors in the previous band, and I guess I’ve taken that to the next level in this band where it’s intrinsically based around the relationship between the music and art.