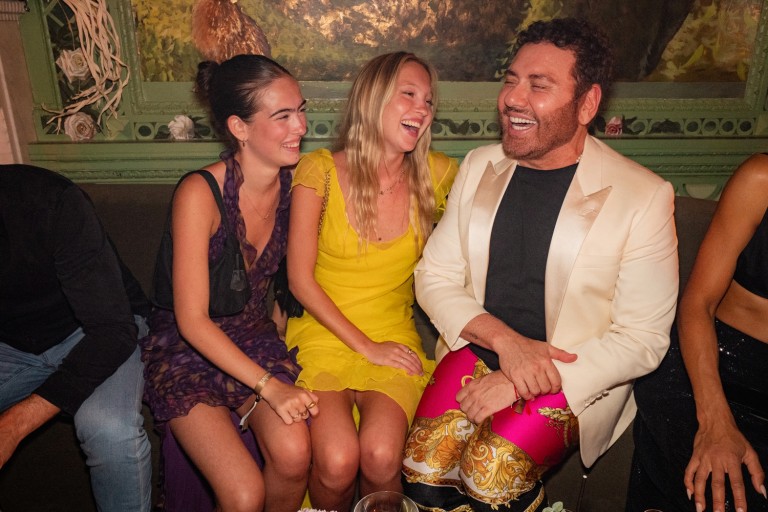 Welcoming the Summer Solstice at Annabel’s

On Tuesday 21st June, London’s most socially current yet historically prestigious private members club – Annabel’s hosted their biggest music event of the year in celebration of the longest day thus, the beginning of summer. Members, Guests and VIPs were brought together for a night of revelry and hedonism within an ethereal midsummer wonderland until the early hours. The club is synonymous with attracting the city’s most elite and aristocratic socialites from Prince Harry to Naomi Campbell and since it’s reopening in 2018, has been the go-to location amongst London’s new Creative Entrepreneurs. When the Annabel’s team reached out to invite Noctis to celebrate the summer solstice surrounded by opulence, I enthusiastically accepted their generous invitation.

My chauffeured Mercedes-Benz E class picked me up for arrival just after the 9pm start time where I stumbled upon a surprisingly large crowd already outside with guests immaculately dressed in the night’s theme. Berkeley Square buzzed with white whimsical gowns and crisp linen trousers with white shirts and glittering floral head accessories. I was whisked to the front of the growing queue and handed a golden wrist band which provided VIP access to all areas of the venue and unlimited drinks for the entire night, meaning that I was being handed a golden token to the full Annabel’s experience.

An abundance of dried floral installations full of wild thorns and roots adorned the entire venue and fairy-like dancers roamed across the floors, positioning themselves on any available piece of furniture cash usa today. Even the staff were on theme in floaty hopsack ensembles, floral crowns and white aztec face paint, embracing the rituals of the old-age Midsummer festival. Guests were welcomed to complimentary exclusively curated Summer Solstice cocktails by Etéreo and Seventy One Gin with Dom Perignon also being at hand.

The Grade 1 listed Georgian mansion house at 46 Berkeley Square is divided into multiple rooms that are all connected via hidden doors, corridors and multiple elevators, all providing a new and unique experience. 6 rooms had their own DJ lineup for the evening with the main focus on The Garden area where Black Coffee headlined a 2 hour set in front of a recreated backdrop of Stone Henge, followed by Themba and previously Angelos. The other rooms also provided an eclectic mix of Deep House, Afro House and Amapiano by Sef Kombo and Kitty Amor, Jean Clause Ades, and Cameron Jack to name a few. The iconic basement Nightclub offered an immersive setting of a summer’s Club night out on an island far away, headlined by &Me & Rampa.

We floated across each room depending on our mood as well as to experience the excitement of possibly spotting a new celebrity or another surprise dancer. Photos are forbidden inside the member’s club to provide privacy for it’s guests but you are sure to find the occasional sneaky mirror selfie taken from the club’s social media famous pink floral bathroom.

Live performances and entertainment have been at the heart of Annabel’s history, attracting names such as Lady Gaga, Frank Sinatra Etta James and Diana Ross. Since the re-opening of Annabel’s at 46 Berkeley Square, the music programming has evolved and welcomed an incredible array of electronic DJ legends including Marco Carola, Luciano, AMEME, Guy Gerber, Idris Elba, Bedouin, Adam Port, The Martinez Brothers and Honey Dijion. Annabel’s has also proudly opened its doors to present emerging talents before they are catapulted onto the global stage such as Celeste, Reuben James, Jack Savoretti and Sigrid.