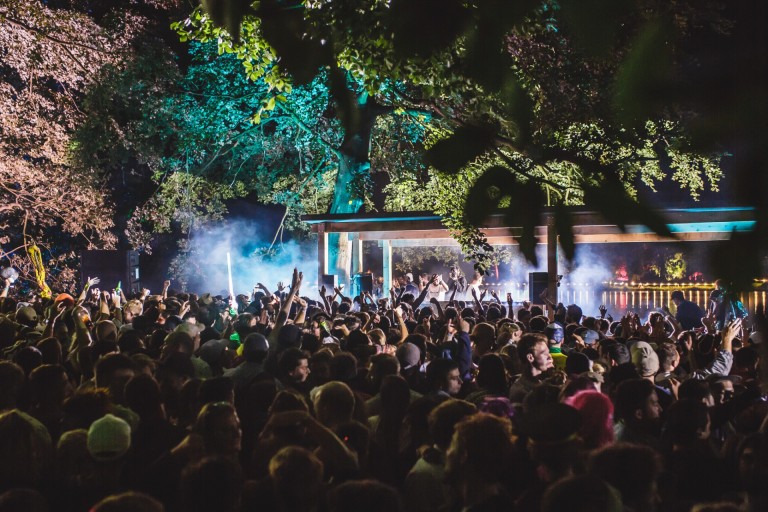 What Not To Miss At Houghton Festival

After four long awaited years, the revered Houghton festival returns to the grounds of Houghton Hall in Norfolk. After two highly successful renditions in 2017 and 2018, the event gained a rather legendary reputation thanks to its vast electronic music programme, a secluded setting that allows for a real sense of escape, and a crowd that’s known for its raw energy. The festival’s iconic identity has been moulded by curator and Fabric resident DJ, Craig Richards, who’s eye for spotting rising talent during his career that’s spanned three decades has been integral to Houghton’s success.

It’s been a heart-wrenching few years for the organisers behind the event who were forced to cancel 2019’s edition due to extreme weather conditions, whilst the impossible situation caused by the pandemic across 2020 and 2021 caused further cancellations amidst a sense of the unknown. However, from Thursday August 11th, until Sunday August 14th, Houghton presents the largest edition to date. Revellers will be treated to over 160 of the industries finest live acts and selectors, offering something for everyone, no matter how vast your taste is. Set across a total of 15 stages which includes a 24-hour secret stage located somewhere on site, the festival offers a great opportunity to get lost in a beautiful woodland.

It’s definitely an event not to miss on this year’s festival calendar and we can’t wait to discover what many wonders the site has to offer. With so many great artists offering a scheduling headache, we’re here to set out our five artists not to miss, each guaranteed to deliver many hours of infectious dance music.

The German DJ and prolific remixer is a beloved figure in the dance world. Rather fittingly the title of ‘your favourite DJ’s favourite DJ’ has stuck with Gerd over the years, which is driven by his eclectic selections that span nu-disco, Italo and house – expect the unexpected, from remixes of Fleetwood Mac to Crystal Waters. His Running Back label has released music from the likes of Kink, Krystal Klear and Radio Slave and is celebrating it’s 20-year anniversary in 2022. You can catch Gerd at 10pm on Friday at the Warehouse stage.

Given the Task of getting the party underway on Thursday is Rory Hamilton – better known as Hammer, the hard-hitting DJ and producer from Belfast. Originally rising through the ranks of the electronic world thanks to his work with Bicep, the artist has since gone on to make waves on his own thanks to a slew of releases on the likes of Correspondant, Sulta Selects and Optimo. Now running his own label called Remmah, alongside a packed tour schedule, Hammer is certainly making his mark. You can catch him on Thursday at 8pm at the Derren Smart Stage.He’s also doing a special one off ‘Hammer Hiit’ 80s aerobics class on Friday at 2pm at The Orchard, with money being raised for Mind In The City, a charity dedicated to mental health.

Dresden is the event series run by Lithuanian DJ, Manfredas, and French DJ, Ivan Smagghe. Between them they delve into the world of left-field dance music from cold-wave, and electro through to indie-dance. If you’re looking for something a little different then Dresden will certainly give you exactly that, with their unique ability to push the boundaries of dance music. You’ll find them playing Saturday at 7pm at the Outburst stage – which hosts a fantastic day of programming.

Hailing from Hamburg, Germany, Helena Hauff is a force to be reckoned with. Over the last decade, the DJ has been hailed for her work in the techno scene and her efforts in reintroducing EBM back to the forefront of dance music. Whilst Helena’s sets are known for their rawness, which stems from the artists policy of only mixing with vinyl – expect a blend of electro and industrial leaning sounds, although not exactly one for the faint-hearted. Helena is playing on Sunday morning at 3am over at the Tantrum stage.

Prosumer has long been an enticing figure in the underground dance world. The German artist has been DJing since the mid-90s and has really mastered the craft. Perhaps personified perfectly through his longstanding residency at the world-renowned Panorama Bar. Expect high energy from the DJ that translates in a rather infectious manner to the crowd. I saw him recently in Croatia close his set with a rendition of Madonna’s ‘Borderline’ to screams of approval. Prosumer plays on Friday at midnight at the Old Gramophone.