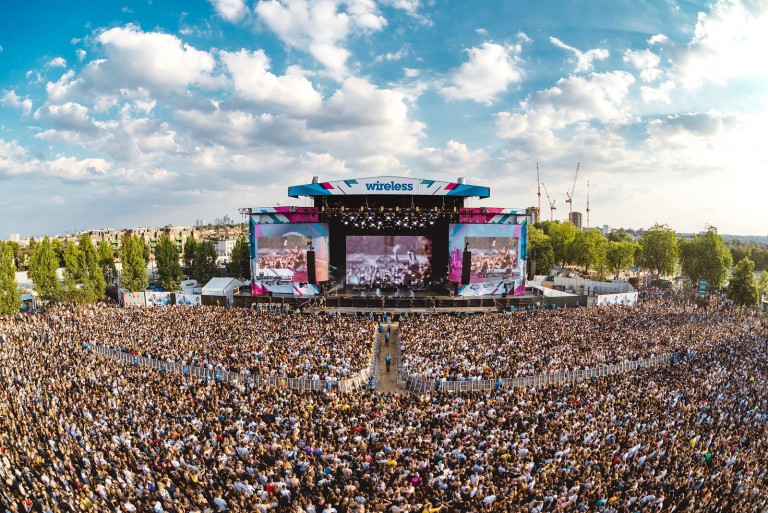 What to Expect at Wireless Festival 2022

Nothing signals the start of July like Wireless. With people countrywide scrambling to secure tickets to see their ride-or-die rappers gather for a grime, hip-hop and R&B extravaganza and hear the toe-tapping tracks they’ve had on repeat live from the lips of the artists themselves, festival-goers are counting the days until the sesh begins.

This year the organisers have taken their usual go-big-or-go-home approach to new levels, splitting the event across venues, weekends and cities. Frequenting its home of Finsbury Park and returning to last year’s newcomer Crystal Palace, we will now see London’s favourite festival seep outside the circumference of the capital city, bringing its drill and afro-beats back to Birmingham for the first time since 2014.

Get your portable chargers at the ready, slap on that sun cream and get ready to scream for the selection of artists hitting the stage this season. 2022’s roster of 70+ rappers are assembling from across the globe with US and UK talent mingling once again. Landing from the likes of LA, Atlanta, New York, Cardi B, Nicki Minaj, A$AP Rocky, Tyler, the Creator, and SZA will join UK front runners including Dave, Arrdee, B Young and Ms Banks.

The first location to blast beats across London will be Crystal Palace from July 1st to the 3rd. Packed with UK festival exclusives including big industry names of Trippie Redd, Don Toliver, J Cole, Roddy Rich and one of the most talked-about attendees, Tyler, the Creator. Another high-profile performer bringing buzz to the event is A$AP Rocky. Set to headline at Wireless 2019, his set was cancellation due to extenuating circumstances. A$AP’s confirmed 2022 appearance will give fans a chance to finally experience the live set they’ve been longing for, cure the crowds craving to crash around to his hip-hop classics and hear A$AP’s 2022 single ‘D.B.M’, the first music released since his ‘TESTING’ album release back in 2018.

The following weekend, both Finsbury Park and Birmingham will kick off from the 8th to the 10th of July. Delivering a slightly different vibe with upbeat R&B royalty, including City Girls, Cardi B, Jhené Aiko and Doja Cat, set to hit the stage along with their own selection of UK festival exclusive performances from the Billboard Music Award’s Best Female R&B Artist Summer Walker and afro-beats king and pioneer of the altè scene, Burna Boy.

If you’re still looking for a decision-maker between the two locations, it’s good to know that Nicki Minaj will be making her return to the UK stage at Finsbury Park. However, if you’re a die-hard Dave fan, you’ll want to head to Birmingham for his headline performance at the only Wireless venue where you can watch him this year.

As for the question on everyone’s mind, regardless of which venue you’re soaking up the sun and sounds in, we’re all wondering who this year’s surprise guest will be. Following two appearances from Drake, one in 2018 and again last year in 2021, and Skepta shocking spectators in 2019, expectations are high. Despite speculation around who the mystery artists are, we’ll have to wait and see who surprises us on this year’s stages next month.

And if all that wasn’t enough, YouTube Shorts have announced a new partnership with Wireless, giving you the chance to win VIP access and a meet and greet with Lil Baby, Mahalia or Central Cee, as well as tickets to next year’s event.

From this week, Lil Baby, Mahalia and Central Cee will be setting challenges to fans of #Wireless to be in with a chance of winning VIP tickets and a meet & greet on-site. To enter, fans simply need to create a YouTube Short showing their Fit, Moves or Squad and tag it #Wireless.

While at the festival, Wireless-goers attending all three editions (Finsbury Park, Crystal Palace and Birmingham) will be able to drop by the Shorts Stop, where they will be able to create Shorts live and direct from the festival in a bespoke YouTube Shorts build, within which there will be three specially designed booths – one for Lil Baby, Mahalia and Central Cee respectively. The Shorts Stop will give fans a chance to step into their world and be in with a chance of upgrading to VIP on the day.

Post-event, fans will be able to share their best moments from the festival on YouTube Shorts and tag it #Wireless for a chance to win tickets to next year’s festival. The competition will close on 30th July 2022. Click here for more info.

Get your Wireless tickets and find out more about the line-up here
www.wirelessfestival.co.uk