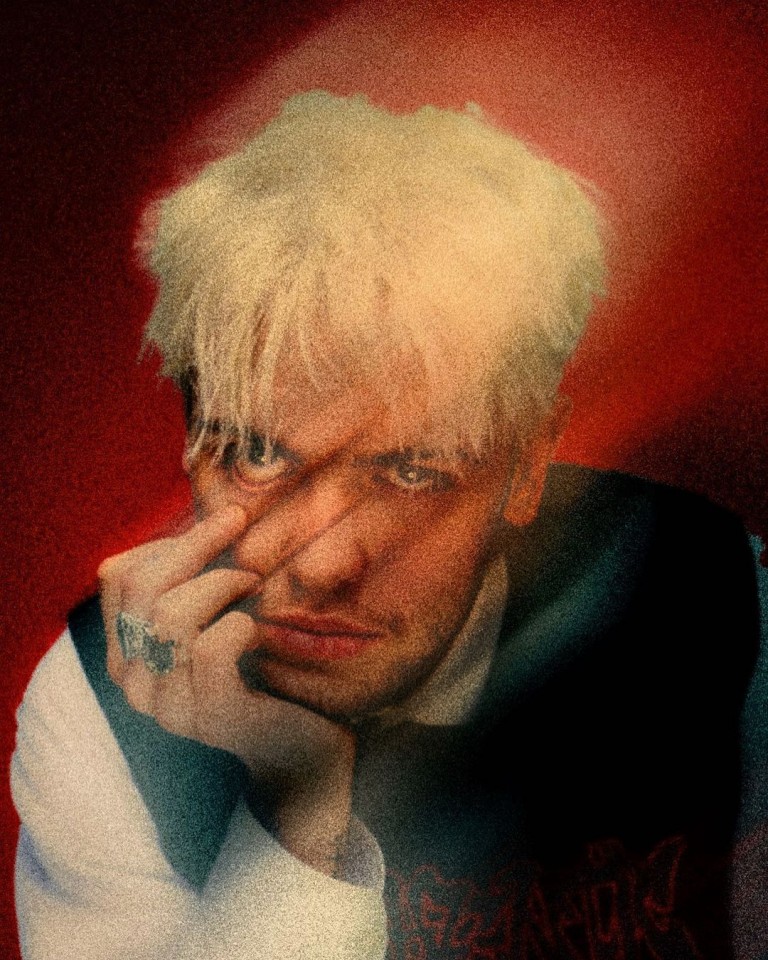 Don’t Sleep On Humble The Great

Humble The Great is an artist with an infectious take on soul and jazz infused contemporary R&B. With a keen ear for irresistible hooks, strong melodies, and ability to weave relatable yet poetic narratives, Humble’s popularity has been steadily rising with each new release now culminating in his debut body of work titled ‘BLOODSHOT‘ complimented by features from ELLE YAYA and Rashad.

Teasing the new EP over the last few months with ethereal singles ‘IRIDESCENT’, ‘DON’T MAKE ME GO HOME NOW’, ‘GONE’, and ‘BURN ME ALIVE’, Humble’s first official project has firmly placed him among the best of UK’s next ones to watch. Inspired by late nights spent wide awake after quitting smoking, ‘BLOODSHOT’ captures a range of emotion that Humble experienced in the moment. Created in his bedroom, this introspective project just goes to show that homegrown talent is not to be slept on.

Hi Humble The Great. Your name is epic—where did it come from?

Hello! Thank you —it was actually my friend AKA Block who pulled it out of a list of weird band names from his phone and it just immediately stuck with me! I like the oxymoron of it.

You have a punchy yet soulful lean to your sound. Can you tell us which artists have inspired you most since starting your musical journey?

Anderson Paak is my hero—I would cut off a leg to meet him/work. Kendrick too. I love the pacing of his flows, it’s definitely been an inspiration to me when it comes to writing melodies. On a production front, I’ve been a big fan of Knxwledge for a while now, his focus on samples and what he can add to them is really dope, like less is more sometimes. Hopefully, I’ll be in a position to clear some time, haha.

Has growing up in Kent had any influence on your music and its lyrical content?

I wouldn’t necessarily say it influenced me, but I love my hometown and I loved playing at small little cafes as well as music bars growing up. Kent is always home and I would love to write a song inspired by it—maybe it’ll be a song about fields and Waitrose.

You do collaborations from time to time. Do you have a favourite so far?

I couldn’t possibly say I have a favourite but to shout out one—‘The Indien’—Me and my guitar player, Worm, have worked with her a lot and she’s an insanely talented dutch artist with such a unique voice. Can’t wait to see those songs come out.

Is there anyone you’re looking to work with on your next project?

Yeah for sure—Yo Sad Night Dynamite, hit me up boys!

BLOODSHOT, your brand new (and may we say, impressive) EP has recently dropped. How was the process?

The process was great but tough for sure. It was in and around the time I stopped smoking weed which was really hard and a lot of the content was inspired by that internal dialogue with myself to keep moving forward after that. But I made most of the project in my living room and bedroom—which was really fun and also frustrating (listening to my flatmate cook smelly vegan food all day).

Last but not least, what’s next for Humble The Great?

Who knows. Onwards from here—onto the next project now! Focus on some dope collaborations next and try to build a world! Also —LIVE SHOWS!