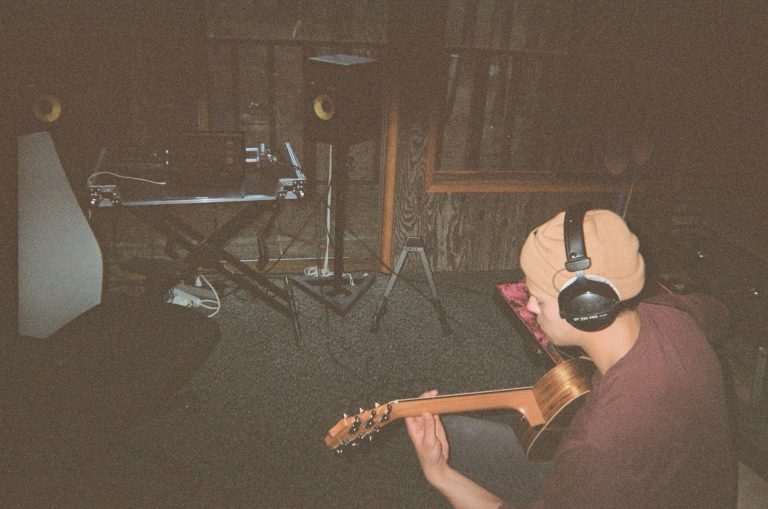 Meridian Return with Soothing New Single ‘Together’ via TH3RD BRAIN

Fresh off the success of their latest release ‘Never Say‘, alongside talented singer and songwriter Devan, buzzing duo Meridian are back with yet another gem, this time sharing ‘Together‘. Soothing and intimate, it follows ‘Never Say‘ as the second single off their upcoming EP, set for release very soon via TH3RD BRAIN. Meridian’s forthcoming EP will act as the icing on the cake in a massively successful and productive year, that saw the forward-thinking duo – which is made up of musicians Everett Pearson and Kyle Marshall – release another EP titled ‘halfway‘, and single ‘Open’ featuring Owen Painter.

‘halfway‘ earned Meridian prestigious inclusions on Spotify editorial playlists creamy and Chill Tracks, further establishing their massive potential as up-and-comers. Though Meridian only started releasing music back in 2019, their artistic progression and musical maturity is already more than impressive. Their debut single ‘Trails’ featuring Matt Palomino has amassed more than 1.7 million streams on Spotify, quickly catapulting them into the spotlight. A number of singles came to follow up the unprecedented success of ‘Trails’, as well as collaborations alongside the likes of Chitra, Nylo and Ayelle.

Meridian have now entered the next chapter in their career with this brand new tune and their upcoming EP altogether, opting for a rather human and organic sound, something that they stumbled upon while writing ‘Never Say’. A short yet sweet instrumental, ‘Together’ introduces listeners into a distinct sonic world, filled with melancholic melodies, bright guitar chords and heavenly pads, making up for an effortless and smooth listen. “Together was the first track we wrote in person together after working remotely for several months. It was refreshing to once again feed off of each other’s creative energy. I think that positivity is really tangible in the music,” the duo state.

With a tonne of talent and some stunning music as proof, there is no doubt that Meridian are looking at a fruitful career ahead of them. With ‘Never Say’ and ‘Together’ showcasing so much character and musicality, we couldn’t be more excited to listen to their upcoming EP in full and continue following their journey. As if their successes with their releases wasn’t enough, Meridian will also be performing their first ever live show at Rise Festival this coming October, alongside JP Saxe, Magic Giant and Emmit Fenn.