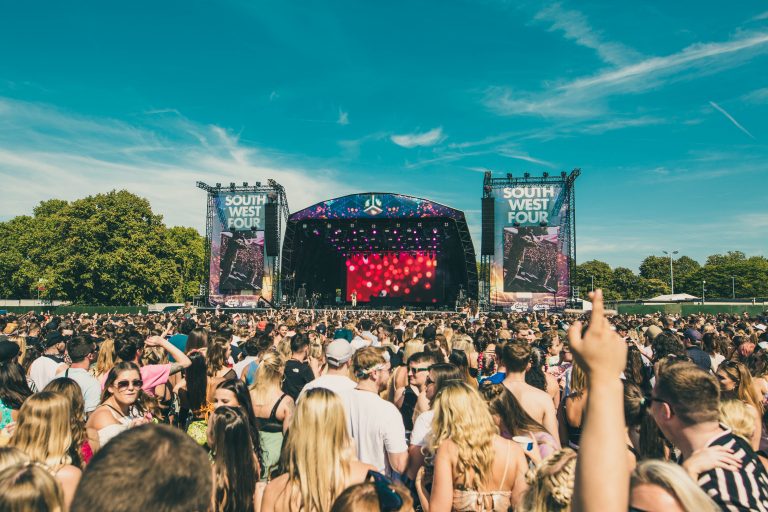 Finalizing the UKs summer celebrations, South West Four festival imprinted its musical culture among the many festival-goers at London’s Clapham Common. Blessed with 32-degree weather all attendees were in high spirits over the continual two-day music rave, the festival saw A-list DJs  Martin Garrix, Craig David, and Disciples on Saturday followed by Andy C, a return into the jungle set from Chase & Status and fired up performance by Pendulum on Sunday.

Holding a polished reputation in London’s festival community SW4 didn’t disappoint a soul with heavy bass-line and high tempo tunes lifting everyone’s sunkissed spirits. Saturday kicked off the day with artists such as Kruel Intentions at the main stage, Technik at the famous Ministry of Sound tent and HD LIFE on the Craig David’s TS5 Stage. More of London’s best-known music artists preformed all across the festival that day from the likes of Mabel who got all the girls dancing, singing and vibing and Yungen who gathered all the grime fans from across the field with his top UK tracks, quick beats and strong lyrical meaning.

Idris Elba spun the decks in the Ministry Of Sound tent showing more talent across his never-ending creative spectrum, Nina Las Vegas brought an original jungle feel to the day with rainforest party energy suited to her quirky personality.  Headlining the evening at the main stage was beloved Martin Garrix with an explosive set that very literally blew the crowd away. Mixing many genres of music in a jam-packed weekend sparked an energy-filled atmosphere, many teens and young adults dressed for the occasion filled the tents as the range of music roared louder.

Sunday delivered heavy bass-line and DnB artists alongside cherished household names like Plan B. Kicking off the second day saw Liam Daley at the main stage followed by DJ Tiiny and Ms Dynamite who performed hit tunes ‘Dy-Na-Mi-Tee’ and ‘Cloud 9’. The Capital Extra stage saw the likes of upcoming urban legend Ms Banks, Dappy and twisted rapper Cassisdead covering his face with his signature mask throughout the heated set. Turning what was the TS5 stage into a Return Into The Jungle tent for the Sunday sessions it held double award-winning act SASASAS and drum and bass legends Chase & Status for the smoke-filled and laser beaming finale. Other acts included DJ Zinc who performed his body-busting tune ‘Wile Out’ featuring Ms Dynamite.

The main stage hosted the best acts from the whole weekend including Shy FX who brought out London’s best cheeky-girl singer/songwriter Lily Allen featuring in modernly-classic DnB track ‘Roll The Dice’. Andy C and Wilkinson kept the bass-line pumping through the veins of Clapham Common preparing for the electric finale by Pendulum fire-working the festival until late on Sunday evening. Attracting more and more festival-seekers from all over the country with its city party vibes SW4 is a festival no one wants to miss!

Keeping in trend within the festival scene is also something SW4 continues to deliver, with many of London’s favourite musicians begging to play at Clapham Common in the summer heat next years South West Four is bound to be bigger better and bass-line.